Coptic Christians in Egypt: They are Important 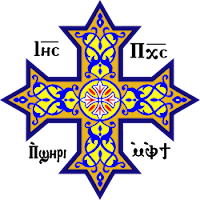 by James Cowan at The Huffington Post:
___
It is important, sometimes, to distance oneself from the internecine strife going on in Egypt today, and remember the country's rich heritage as a seed ground for all that we in the West consider ours. Egypt is behind all our ways of thinking, even if we are not aware of it.

We forget that men such as Pythagoras, Plato, Solon and Thales learnt their trade at the feet of the priest at On, near present day Cairo. These men journeyed to Egypt, and spent many years there, because it was considered an important locus for philosophic inquiry. When we add the Alexandrian philosophers of a more recent era into this heady mix, men such as Plotinus and Amonius Saccas, it is clear that Egypt became a veritable center of culture, intellect and discourse for generations of men.


The Coptic Church matters because it is the West's last link with an earlier form of Christianity, and with a tradition of eremitical life that has all but disappeared from the modern world. It matters also because it reminds us of what Egypt means to us as a repository of all that the West holds dear in terms of thought, culture and the civilizing process itself. The Copts are descendents of the original Egyptians, and share their grave and stable approach to governance and belief. Furthermore, they continue to act as a restraining influence upon the passionate and often disruptive forces that are currently abroad in the streets of Cairo today.

That they are an oppressed minority in their own land is beyond question. It has always been so. Islamic fundamentalists would be happy to "cleanse" Egypt of their presence, if that were possible. But thankfully, wiser heads among the ulema and the government know how important the Copts are to the age-old governance of Egypt. They know that the introduction of a grand caliphate in Egypt is also impossible. Islam, after all, is just one of the many faiths of this polyglot nation, and needs to honor those who have gone before. The Copts, without doubt, represent its memory.

The Copts matter because they are a part of our own history too. They gave us the journey of the Holy Family aware from oppression in the Holy Land, something that we need to respect and admire.
___
The entire post can be read here.
Posted by Allan R. Bevere at 1:05 PM

Egypt appears to demonstrate as metaphor the reversal of thinking between Gentiles and Jews relative to Jesus of Nazareth/Yahweh.

Egypt became the protector of "My Son" and Jerusalem the persecutor, just the opposite of how it was in Moses' era.


Beyond that, I would say the Copts are important because they are in Christ and are in more danger due to popular culture being energized in Egypt.