America Is Losing Religion, But Is It a Religion Worth Recovering? 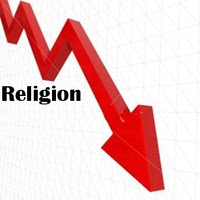 A new Gallup poll reveals that 3 out of 4 Americans surveyed believe that religion is losing its influence in the United States, and nearly the same percentage think that is not a good thing.

But my question is what kind of religion are we losing, and is it worth recovering? I will let Stanley Hauerwas speak for me.


Even if more people go to church in America, I think the US is a much more secular country than Britain. In Britain, when someone says they do not believe in God, they stop going to church. In the US, many who may have doubts about Christian orthodoxy may continue to go to church. They do so because they assume that a vague god vaguely prayed to is the god that is needed to support family and nation.

Americans do not have to believe in God, because they believe that it is a good thing simply to believe: all they need is a general belief in belief. That is why we have never been able to produce interesting atheists in the US. The god most Americans say they believe in is not interesting enough to deny, because it is only the god that has given them a country that ensures that they have the right to choose to believe in the god of their choosing. Accordingly, the only kind of atheism that counts in the US is that which calls into question the proposition that everyone has a right to life, liberty, and happiness.

A people so constituted will ask questions such as "Why does a good god let bad things happen to good people?" It is as if the Psalms never existed. The story that you should have no story except the story you chose when you had no story produces a people who say: "I believe that Jesus is Lord – but that is just my personal opinion."

Jesus did not die on the cross and walk out of the tomb simply to make us nice and decent people. Those who think that Christianity is basically about being nice and upstanding citizens can keep that version of Christianity as far as I'm concerned. If that is the kind of religion we're losing in America, then I say good riddance.

Nice and decent are OK, but cross and resurrection point in a different direction. Nothing less than renovation and new creation will do.
Posted by Allan R. Bevere at 8:52 AM

We make churches of religious idols. And we worship these idols when we try to keep God inside the walls of our churches. This situation is so contrary to the heart of God. "What agreement is there between the temple of God and idols? For we are the temple of the living God. As God has said: 'I will live with them and walk among them, and I will be their God, and they will be my people.' ” (2 Corinthians 6:16) If you do not walk with God to church, if you do not abide with God in church as you do at home and if you do not walk home with God after church, what you worship is an idol!

It would appear that America is becoming less nominally "christian." It would appear that the new norm for America will be left-wing pagan debauchery practiced and lauded under the cloak of tolerance, fairness, etc. Against the backdrop of that abnormal norm, nominal "christianity" is much to be preferred. It is not Christianity. But it is much to be preferred. If the elite find that boring, so be it.

You might find as many sides to this as their are individual speakers. Of course, for some,depending whose goose is being cooked, this will always be seen as bad, evil or improper.