The Virtuous Side of Evil 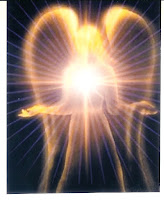 Like many, I have been monitoring the events unfolding in Boston in reference to the bombing at the Boston Marathon on Monday. Now that we know the suspects in the case, the media has been interviewing people who have known them. To a person they are saying how wonderfully kind they were. They were polite. One women whose backyard joined to theirs said that the younger brother, who is still on the loose, always rushed over to help her bring her groceries into the house. In other words, these two young men seemed normal and had all the domesticated dispositions that made them wonderful neighbors and friends.

It is not uncommon to hear such testimony when one who commits heinous evil is identified. The BTK Killer was a leader in his church and an upstanding citizen. Family and friends were completely stunned that he could do such things to his murder victims. Unless a person seems to have a history of emotional and psychological problems, it is difficult for us to fathom how those individuals who fit in so well with civilized society can be capable of such uncivilized deeds.

And that is what disturbs us. It is easy to explain evil when it seems to be perpetrated by the insane; but evil that is inflicted by the rational, the sensible, the "normal," stymies us. It cries out for an explanation that we find difficult to accept.

We do well to remember the words of C.S. Lewis in The Screwtape Letters that for evil to be effective, virtue is necessary.

Perhaps we should give the New Testament the last word-- "Even Satan disguises himself as an angel of light.15So it is not strange if his ministers also disguise themselves as ministers of righteousness. Their end will match their deeds" (2 Corinthians 11:14-15).

The insidious nature of evil is seen in that it uses even the virtuous, the good as an instrument of the diabolical.

Be not surprised.
Posted by Allan R. Bevere at 2:29 PM