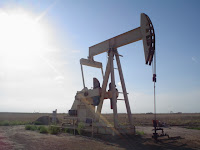 It is unfortunately the case that in Jerusalem archaeology is often mixed in with politics. A column from the era of King David has been discovered, but it has yet to be excavated for seemingly political reasons. The good news is there are those hoping to excavate the find. Whether it will happen, however, remains to be seen.
___
Reverend Noah Smith never plans to retire. He said he tried it when he turned 90, but it didn't work out well. That was fifteen years ago and at 105 he is still going strong. This is a reminder to me that even when we retire from our professions, Christians never retire from being in ministry. How we serve the cause of Christ in this world may change as we get older, but we must serve until we take that last breath.

So, press on.
___
How's your basic scientific knowledge? I am pleased to say I got a hundred percent! Check it out here.

___
There has been a healthy soul-searching that has been going on in evangelical Christianity for a while now in reference to theology, politics, and science. Evangelicals like Scot McKnight, Rachel Held Evans, and Peter Enns have pushed the envelope on various issues from evolution to women in ministry. Visiting such issues has been much needed in evangelicalism.

One of the things I have said for a while now is that I wish Mainline Protestants would engage in the same soul-searching on various issues as well. For the most part, we Mainliners do not display much self-awareness when it comes to critiquing ourselves, though we are very good at criticizing everyone else-- Evangelicals, Fundamentalists, and Republicans. It would be nice in the process of pointing our fingers at others, we would take a healthy look at the cracks in our own foundations.

Enter two Mainline Protestant pastors who consider themselves to be progressive Christians, who are annoyed with progressive Christianity. The first post is here (I cannot find the name of the pastor on his blog), and then Dennis Sanders picks up on the first post and offers his comments. You may not agree with everything they say, but we Mainliners need more of this kind of critique. The best and most effective critiques of any group come from within.
___
By the way, speaking of progressive, I do not like the term for two reasons. First, the word liberal is the true opposite of conservative. All of us fall somewhere on the liberal/conservative spectrum on various issues. Second, the term progressive assumes that in general the views promoted by liberals should be considered as progress. While some liberal ideas are to my mind progressive, other liberal views are from my perspective rather out-dated, backward, and regressive. I'm actually glad we have liberals and conservatives and people who fall somewhere in between the extremes. I don't think a society could function if everyone was liberal or conservative.And don't forget that there are people who are more conservative liberals, and others who are more liberal conservatives. Are you confused yet?
___
Speaking of labels, we cannot avoid using them, nor should we try. They assist us in our many and various conversations, but labels should never be used in stereotypical fashion. Stereotypes are easy ways to dismiss someone and her or his views. "O, she's just a liberal." Well, he's a conservative." "What do you expect from a Republican." "That's a Democrat for you." These are all statements that turn labels into stereotypes and allow us to be intellectually lazy in dismissing the views of others, instead of doing the hard work of intellectual engagement. Shame on us when we do this.
___
All of us have heard for years that at some point, the earth's supply of oil will be gone. The logic certainly makes sense. But there is now a new technology that may make our oil supply infinite. Of course, others have been saying for some time that even without this new technology, Economics 101 tells us even though the oil supply is finite, we will never run out of it anyway. Whether any of this is good news or not, I have no idea.
___
Quotes of the Week (Possibly, but Not Necessarily Said This Week):

"Some people are surprised I can even read."--George W. Bush responding to a surprised individual who did not know he had taken up the new hobby of painting.

"Not all blind spots are created equal."--Mike Myatt

"They said 'ricin' and I thought they said "rice." I don't eat rice."--Paul Kevin Curtis, an Elvis impersonator who was arrested on suspicion of sending ricin-laced letters to President Obama, a Republican Senator from Mississippi, and a judge. He was later released.

"It is right, therefore, that we not just be called Christians, but that we actually be Christians."--Ignatius of Antioch, (Letter to the Magnesians, 4.1)
___
Interesting and Somewhat Useless Trivia:

In Monopoly, the character that's behind bars is named Jake the Jailbird.
___
This Week in History: