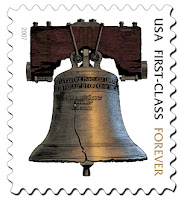 The North Korea situation has become rather distressing. There is a great unknown when it comes to Kim Jong Un... the young leader... is he postering himself within his own country? Does he have to show his stripes? This is serious stuff. There are great unknowns here.
___
Americans loves the Bible but don't spend too much time reading it. This is not a surprise. Is it possible to truly love what one does not know?
___
Are you a monkey's cousin? Check it out here.
___
Some lawmakers in NC have proposed a bill that would make Christianity the Tar Heel state religion. Of course, everyone is focusing on the Constitutional questions involved in such a proposal, but I am more concerned that making Christianity the official religion of any earthly political entity will corrupt the Christian faith, turning into something Jesus would never embrace. We continue to learn nothing from the tragedy called Constantinianism?

___
NASA is hoping to capture an asteroid by 2019 and send astronauts to explore it in 2021. I hope it happens. The space program has been woefully neglected for years. We human beings seem to be incurable explorers, and I for one am glad there is no cure for that.
___
In his book, The Great Divorce, C.S. Lewis says of Hell-- "There are only two kinds of people in the end: those who say to God, 'Thy will be done,' and those to whom God says, in the end, 'Thy will be done.' All that are in Hell, choose it. Without that self-choice there could be no Hell. No soul that seriously and constantly desires joy will ever miss it. Those who seek find. Those who knock it is opened."

Our greatest glory is not in never falling but in rising every time we fall. - Confucius, 551 BC-479 BC

The best way to make your dreams come true is to wake up. - Paul Valery, 1871-1945
___
Interesting and Somewhat Useless Trivia:

Donald Duck comics were initially banned in Finland because he doesn't wear pants. Put on some jeans there, Donald.

Right handed people live, on average, nine years longer than left-handed people do. As a lefty, this is not good news.

Every time you lick a stamp, you're consuming 1/10 of a calorie!-- It's a good thing we no longer have to lick them. Think of all the weight we have now lost.