On Being Religious But Not Spiritual 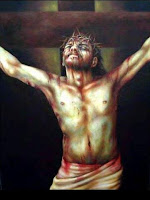 Francis Cardinal George has an interesting editorial in the Catholic New World on being religious but not spiritual. He writes,


It's somewhat fashionable these days to describe oneself as "spiritual but not religious." This is supposed to mean that one is open to an experience beyond the commercial or the political but not tied to "institutional" religion. One claims an experience of transcendence that is bound by no one else's rules.

People can always make claims to any kind of experience. The question is always: Who cares? Why should anyone care where someone else gets a spiritual high? Because no one really cares, the claim to be spiritual but not religious is always safe. It's never a threat and can be dismissed quite easily. The claim to be religious is different. It is a claim that God himself has taken the initiative to reveal himself to us and tell us who he is and who we are. Religion binds us to God according to his will, not ours, in a community of faith that he has brought into existence. Being religious can therefore be threatening.

I think the Cardinal has put his finger on an often unacknowledged truth.

In some sectors of the Christian world, people like to point out that the non-religious like Jesus but not the church, and there is certainly truth in that. But the question I always ask as follow-up to that claim is, "What Jesus is it that they like?" Is it a Jesus they have selectively made after their own image? Is it the gentle, meek and mild Jesus who loves everyone, which is essentially translated as, Jesus could care less how we live our lives? Is it the Jesus who will take us to heaven without any real conversion on our part?

Jesus indeed loves all of us, but he loves us too much to let us go our own way. Discipleship is not equivalent to some vague individualistic spirituality in which I judge myself to be basically OK as I am because God thinks I'm OK as I am. How could anyone in the church having just journeyed through Lent believe that?" Cardinal George observes,


Being religious as a Christian starts with the belief that Jesus Christ is risen from the dead. Faith in Christ's resurrection is central to Christian religion. Jesus is not just someone's personal idea. He really exists in a real body, now transformed by conquering death itself. Those who are "spiritual" often deny Christ's resurrection as a physical event, something that makes its own demands when you bump into it. They prefer a Christ who is safely an idea in their minds, made in their image and likeness. By contrast, the risen Christ, the real Christ, breaks into our experience and personally seeks those he calls to be religious, to believe what God has done for us, much to our surprise.

Our personal faith needs communitarian buttressing, lest it degenerate into an individual spirituality.

Over the years I have tried to put a good spin on the spiritual but not religious affirmation... it's a beginning point in evangelism... or, it may not be saving faith, but at least it's a start... and I do not deny that such things are true to an extent. But what I am now convinced of is that the spiritual but not religious mantra is often nothing more than Bonhoeffer's cheap grace regurgitated in different form. It's worth quoting his famous passage again in The Cost of Discipleship. It's a long quote, but worth considering again:


Cheap grace means grace sold on the market like cheapjacks' wares. The sacraments, the forgiveness of sin, and the consolations of religion are thrown away at cut prices. Grace is represented as the Church's inexhaustible treasury, from which she showers blessings with generous hands, without asking questions or fixing limits. Grace without price; grace without cost! The essence of grace, we suppose, is that the account has been paid in advance; and, because it has been paid, everything can be had for nothing. Since the cost was infinite, the possibilities of using and spending it are infinite. What would grace be if it were not cheap?...

Costly grace is the treasure hidden in the field; for the sake of it a man will go and sell all that he has. It is the pearl of great price to buy which the merchant will sell all his goods. It is the kingly rule of Christ, for whose sake a man will pluck out the eye which causes him to stumble; it is the call of Jesus Christ at which the disciple leaves his nets and follows him.

Costly grace is the gospel which must be sought again and again, the gift which must be asked for, the door at which a man must knock.

Jesus doesn't call us to embrace a vague idea of spirituality where the most important task is to contemplate our own individual and spiritual navels; rather Jesus calls us to follow him-- and it makes a big difference what Jesus we choose to follow. Jesus himself insisted that people count the cost before they follow (Luke 14:25-33). There is not much cost in vague spirituality. In fact, it's pretty darn easy. That's what makes it so attractive.

Jesus did not come to conform to our expectations; Jesus came and insisted that we fit into his will for our lives. Resurrection is not about affirming life as it is; it is about transforming life into what God insists it must become.

I really like this, it is so easy to offer cheap grace true discipleship means being willing to accept that grace is costly and that we too must give up something in order to receive it.

Thanks for your comments. We Wesleyans understand that God's grace is indeed transforming.

It sounds like you might be saying the Lords Grace is conditional. Have I missed something here? Because I have always understood that grace was neither cheap or costly, but free. Free, because my Saviour paid the full price. Grace cannot be undeserved divine favour if there is a cost. You cannot buy the promises of God.

Ga 2:20 I have been crucified with Christ and I no longer live, but Christ lives in me. The life I live in the body, I live by faith in the Son of God, who loved me and gave himself for me.

God's grace is offered freely to all, but we must respond. And while God's grace is free, it is not cheap, but it is costly-- it will cost us our selfish ways. As John Wesley rightly noted, God's grace is transforming. Our lives are transformed when Christ lives in us.

As Paul of Tarsus said, "Now to him who works, the wages are not counted as grace but as debt."

As Paul of Tarsus also said, "work out your salvation with fear and trembling, for it is God who works in you to will and to act in order to fulfill his good purpose," and St James says, "You see that a person is justified by what he does and not by faith alone... As the body without the spirit is dead, so faith without deeds is dead."

We are not justified on account of what we have done, but if we are truly justified, then our lives are being transformed as well. Following Jesus isn't just 'I said my sinner's prayer and now I can do what I want with my life"--it's repentance and faith working in love, transforming us and costing us of ourselves.

Jesus calls us to costly grace when he say in the Gospel of Matthew, "Whoever finds his life will lose it, and whoever loses his life for my sake will find it."

Strong’s interprets the ‘fear and trembling’ as “used to describe the anxiety of one who distrusts his own ability”
The next verse confirms this interpretation;
‘It is God who works in you both to will and to do for His good pleasure.’

A further confirmation is that, “There is no fear in love. But perfect love drives out fear, because fear has to do with punishment. The one who fears is not made perfect in love.”

You seem to be taking ‘faith without works is dead’ out of context. James actually gives an example of what he means by this phrase. Abraham’s faith in offering his son as an offering (an act or work of faith).
Joh 3:21 "But he who does the truth comes to the light, that his deeds (works) may be clearly seen, that they have been done in God."

‘Whoever loses his life for my sake will find it’ As Paul says ‘I have been crucified with Christ’ and ‘I no longer live’, in other words he has lost his life. Yet has found it by living ‘by faith’.

Paul ‘no longer lived’ as he said, he considered himself dead, the ‘old self was crucified with Christ’. As a preacher recently said, “Christians need a revelation on what it means to be ‘dead in Christ’.”

"I do not set aside the grace of God; for if righteousness comes through what I DO (or what I pay), then Christ died in vain."

Actually, I am highlighting the significance of James' comment. To quote Bonhoeffer again, "The one who believes obeys. The one who does not obey cannot believe."

Be careful not to confuse James' use of faith with Paul's. For James, faith is simply notional assent; for Paul it is something much larger.

Sorry, but I find your argument weak and lacking substance. You are putting a price on grace if you say there is a cost. Therefore, you are saying grace is conditional.

Alan,
My last comment was arrogant, which I regret and apologies.

Thanks for the apology, but don't worry about it.