Representing Christ to the World: A Lectionary Reflection on 2 Corinthians 5:16-21 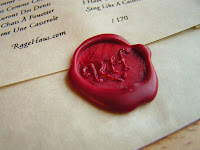 In his second letter to the Corinthians, Paul makes clear that he and his traveling companions have been called, appointed as representatives of Jesus Christ to the Gentiles for the purpose of reconciliation. As an ambassador the message Paul brings to the Corinthian Gentiles is clear-- through Jesus Christ, God is now making an appeal for peace. The letter to the Ephesians states,

So then, remember that at one time you Gentiles by birth,* called "the uncircumcision" by those who are called "the circumcision"—a physical circumcision made in the flesh by human hands—12remember that you were at that time without Christ, being aliens from the commonwealth of Israel, and strangers to the covenants of promise, having no hope and without God in the world.13But now in Christ Jesus you who once were far off have been brought near by the blood of Christ.14For he is our peace; in his flesh he has made both groups into one and has broken down the dividing wall, that is, the hostility between us (2:11-14).

In this passage from 2 Corinthians, Paul has the same thing in mind. The work of reconciliation is Christ's, but the offer comes through the apostle and the other ambassadors called by God. The Greek term here for reconciliation (katalaggē) is not strictly religious, but political. Richard Hays notes,


The interesting thing about the word "reconciliation" in ordinary Greek usage is that it is not a "religious" term. That is to say, it does not appear in cultic contexts where people speak of seeking to appease God by offering sacrifices, nor does it have anything to do with cleansing guilt or receiving divine pardon for sins. Rather, it is a word drawn from the sphere of politics; it refers to dispute resolution. So one could speak of the diplomatic reconciliation of warring nations or, in the sphere of personal relationships, the reconciliation of an estranged husband and wife. (Paul uses the term that way in 1 Corinthians 7:11.) So the key insight here is that even where Paul uses the verb "reconcile" with God as its subject -- a remarkable paradigm shift -- he is speaking about overcoming alienation and establishing new and peaceful relationships. We can see this clearly in Romans 5, the other key passage where Paul uses reconciliation terminology: ". . . while we were enemies, we were reconciled to God through the death of his Son" (Romans 5:10). God has taken the initiative to overcome our hostility and alienation from him and to restore us to peaceful relationship with himself.

The Corinthians have been reconciled to Christ and that also means they must be reconciled to Paul and his co-laborers. The contentious and fractured situation at the church in Corinth fueled by persons challenging Paul's authority does not reflect the new creation in Jesus Christ. The Corinthians are the recipients of Paul's reconciling ministry because Christ has appointed him as their ambassador. The full authority of Jesus Christ stands with the apostle. He and the Corinthians are to do more than proclaim the reconciliation that is made possible by Christ; they are to embody in their relationship with one another-- "If anyone is in Christ-- new creation!"
Posted by Allan R. Bevere at 7:27 AM