Once Again, the Pastor as Resident Theologian 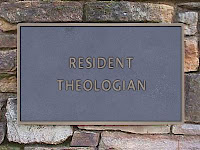 Michael Bird highlights an article in Expository Times arguing that Ph.D students should consider the pastorate as the context for their theological scholarship. The announcement in part reads:


The bifurcation of theological scholarship from pastoral ministry has led to a twofold problem in contemporary church/academy relations: the theological anemia of the church, and the ecclesial anemia of theology. This essay explores these twin problems and suggests that the way forward in bridging the gap between academy and church is to reunite the pastoral vocation with the vocation of the theologian. Toward this end, the essay offers a taxonomy of three contemporary models of the pastor-theologian, examining the strengths and limitations of each. Ultimately, the paper calls for a resurrection of an all but extinct, yet historically rooted model of the pastorate—the pastor as ecclesial theologian, and challenges the emerging generations of theologians to consider the pastorate as a viable context for their future theological scholarship.

According to Hiestand (who is part of the SAET) there is a great heritage of pastor-theologians including Irenaeus, Athanasius, Basil, Augustine, Anselm, Luther, Calvin, Edwards, Wesely etc. He laments that the pastor-theologian is no longer the norm. When theology moved out from the church to the academy, the result was that “the theological water level within the pastoral community … fell considerably.” But not only that, the church became theologically anemic and theology itself became ecclesially anemic. Hiestand argues that we need more capable theologian-types in our churches. “More theologians in our pulpits will deepen the theological integrity of our churches, while at the same time add an ecclesial voice to evangelical theology.” He maintains that the theological integrity of the gospel in the Christian community will never rise above the level of her pastors and ecclesial theologians are best situated to produce ecclesially sensible, field-tested, theological work that deepens the faith and depth of the church.

This Ph.D pastor wholeheartedly agrees, but the bifurcation is not only encouraged in the academy; it is also promoted by the church. In my almost thirty years of ministry I have listened to pastoral colleagues speak disparagingly of the discipline of theology and on a dozen occasions throughout the years people questioning why a pastor, like myself, would go through all the trouble of such rigorous studies. When I was asking for an appointment to study (I'm a United Methodist pastor. I'm not allowed to do anything unless the bishop appoints me to it.) some pastors on the committee who interviewed me could not understand the point of a Ph.D Pastor.

But pastors are the resident theologians of their congregations. This is a critical role that must not be casually dismissed. Does this mean that all pastors have to have Ph.Ds. Of course not. That isn't the point. The point is that the work of theology is an important work of every pastor. One does not need the formal training, but one needs to pursue the life-long learning that assists the pastor in theologically articulating the Christian faith that has been once and for all delivered to the saints.

The central issue is not having the formal Ph.D degree (the founder of Methodism, John Wesley had an M.A.); the matter before us is that all pastors must engage in what Fred Craddock called "the life of study."
Posted by Allan R. Bevere at 8:00 AM

But then many local congregations can't figure out why a pastor with a Ph.D. in theology is any different from one with a D.Min or a D.D. for that matter. In an age of therapeutic preaching, a theologically trained pastor sometimes has a difficulty getting heard!

I agree with everything you've just written - and it's similar to the way that English Anglican cathedrals have 'Canon Theologians' who - instead of only writing learned tomes, and there's nothing wrong with that - tend to shape their theology to respond to the needs of the cathedral/diocese.

[But a boring historical note, Wesley's MA was not a sign of post-graduate education, but a mark that he had been admitted to full membership of the University of Oxford after being awarded his BA, a practice which continues to this day in Cambridge, Oxford and Dublin.

I have a mere M.Phil., and I have had very mixed experiences during twenty years of pastoral ministry. I am currently blessed to serve a congregation that likes a minister who makes them think. But I have served one church before who told me at a Church Council, 'All we want is ten-minute children's addresses - even when no children are present.'

Thanks for the historical note.

There are indeed congregations who only want a "children's message." I must say that I have never had such an appointment. I suppose I am fortunate.