The Culture of the Offended 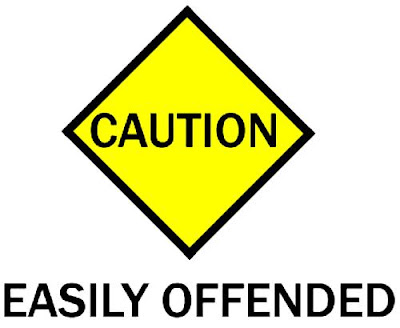 Human maturity is neither offensive nor defensive; it is finally able to accept that reality is what it is. Ken Keyes so wisely said, "More suffering comes into the world by people taking offense than by people intending to give offense." The offended ones feel the need to offend back those who think they have offended them, creating defensiveness on the part of the presumed offenders, which often becomes a new offensiver-- ad inifinitum. There seems to be no way out of this self-defeating and violent Ping-Pong game-- except growing up spiritually. The True Self, you see, is very hard to offend." (Richard Rohr, Falling Upward: A Spirituality for the Two Halves of Life, pp. 6-7).

I said it before and I say it again in this post: we Americans live in a culture of thin-skinned people who compete against one another to be the most offended by someone or something.

The culture of the offended can be observed in more than a few instances, but take, for example, the Christmas season which has just passed. On one side are those offended that store clerks wish people a happy holidays instead of  merry Christmas. They are offended by the perceived truth that Christmas has become a secular holiday. So they remind us that we need to keep Christ in Christmas and tout to everyone that Jesus is the reason for the season, never questioning that our entire practice of the Christmas holiday with its unbridled greed and gluttony undermined the reason for the season long before the militant atheists "rained on the parade." But being unwilling or unable to think more deeply about the matter, these war against Christmas freedom fighters will go after stores that only offer the happy h greeting and not the big merry C., never considering the fact that the clerk could simply ignore them and not offer them any happy or merry greeting at all.

But not to be outdone are the folks on the other side of this adolescent argument.

There are those who are aghast that any Christmas displays of any nature would be put in a public setting. They are offended that they have to see a nativity scene out of the corner of their eye as they whizz by it in their car on the way to work each morning. Or they are so traumatized by a Christmas tree in the lobby of a bank, that the manager, in order to keep all the customers happy, tells everyone that it's not a Christmas tree, but a holiday tree. (Do I really have to explain why that's silly?) Then there was the individual a few years ago who wanted to boycott a local Burger King because on their sign the restaurant wished everyone a merry Christmas. She said she was offended.

One big part of growing up into a mature adult is to allow lots of things, as they say, to slide off the back; and part of maturity is focusing on what's really important in life. How someone greets us during the holiday, and whether or not a Christmas tree is displayed in a bank or on Times Square or in front of the White House are not matters that the spiritually mature take seriously. When we are offended by such things and then strike back to give offense in return, we find ourselves in the middle of an adolescent argument-- the kind that takes place all over America every day-- on elementary school playgrounds. When that happens the words of Jesus apply to us: we neglect the weightier matters of the law. We strain out a gnat and swallow a camel (Matthew 23:23-24).

I suspect the homeless are not overly concerned with whether or not a fast food joint wishes people a merry Christmas. I would venture to guess, however, they hope to have enough money to buy a meal there. I rather doubt that a young woman who is a helpless victim of the sex slave trade is focused on how people are greeted at K-Mart during the holidays, when the only intimacy she knows comes in the form of men who simply want to use her for their own selfish and perverted desires. And I think children trapped in the war zones of the world are not really interested in whether or not a decorated tree sits in the lobby of a bank where millions of dollars are deposited.

None of this denies that anger is sometimes justified-- anger at injustice-- for example. But such righteous anger is focused on real injustice being perpetrated; offense is self-focused majoring in minors.

I am tempted to say that the culture of the offended is offensive, but that wouldn't be very mature... but it is adolescent.
Posted by Allan R. Bevere at 8:00 AM

Thank you and well put. I find a lot of ministry consists of dealing with adolescents found in adults. Offended by tiny, insignificant things. Thank you for the reminder that those little things are only little things.

I understand and appreciate your point. However, I'd point out that many people who are suffering do take comfort in people - even if they're only fast food joint and store employees - greeting them during a culturally important holiday.

Yes, indeed. And the church gets into real trouble when we put these folks in leadership, whether clergy or laity.

You are right, and that was one of my points, I think. People get themselves so worked into a lather over whether or not employees actually say, Merry Christmas," that they don't even consider the fact that they are being greeted in the first place.