Science and Free Will 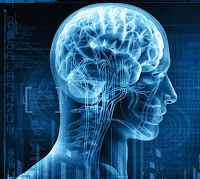 I don't think this study demonstrates a lack of human free will, but it is interesting to ponder the evidence.
___
Scientific evidence that you probably don’t have free will

Humans have debated the issue of free will for millennia. But over the past several years, while the philosophers continue to argue about the metaphysical underpinnings of human choice, an increasing number of neuroscientists have started to tackle the issue head on — quite literally. And some of them believe that their experiments reveal that our subjective experience of freedom may be nothing more than an illusion. Here's why you probably don't have free will.

Indeed, historically speaking, philosophers have had plenty to say on the matter. Their ruminations have given rise to such considerations as cosmological determinism (the notion that everything proceeds over the course of time in a predictable way, making free will impossible), indeterminism (the idea that the universe and our actions within it are random, also making free will impossible), and cosmological libertarianism/compatibilism (the suggestion that free will is logically compatible with deterministic views of the universe).

Now, while these lines of inquiry are clearly important, one cannot help but feel that they're also terribly unhelpful and inadequate. What the debate needs is some actual science — something a bit more...testable.

And indeed, this is starting to happen. As the early results of scientific brain experiments are showing, our minds appear to be making decisions before we're actually aware of them — and at times by a significant degree. It's a disturbing observation that has led some neuroscientists to conclude that we're less in control of our choices than we think — at least as far as some basic movements and tasks are concerned.

At the same time, however, not everyone is convinced. It may be a while before we can truly prove that free will is an illusion.
___
The entire article can be read here.
Posted by Allan R. Bevere at 3:00 PM