Seeing the Forest for the Trees: On the Necessary Interplay Between Theology and History 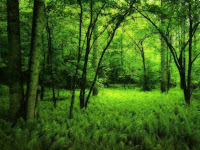 A month ago, I attended the annual meeting of the AAR/SBL, as I do every year. On two occasions, as I was introduced to individuals in the area of biblical studies, it was mentioned that my field was theology. The response was the same, "I am sorry to hear that."

Take the "dust up" this past week between James McGrath and Tony Jones over the story of the massacre of the innocents in Matthew. Their very interesting debate displays the modern tension between theology and history. Both men are excellent scholars and their views are to be taken seriously. My concern in this post is not over whose view is correct, but rather the high wall that is too often built between biblical (historical) studies and theological reflection, as if they are mutually exclusive or virtually so.

It should be obvious that theological affirmations do not necessarily affirm the historicity of anything. At the same time, history and theology are not mutually exclusive.  I agree that theological concerns are not necessarily legitimate for asserting the historicity of any event. I do have a concern, however, that we have drawn a much too sharp line between theology and history. Events have meaning. And if we believe that God reveals himself in history, then at some point history does matter in reference to our theological claims. Does this mean that everything reported in the Gospels or the Bible in general has to have happened? Of course not, and I don't think the massacre of the innocents is one of those necessary historical events, though I don't rule out the event as having actually occurred; and in fact, I accept Matthew's report as having happened until I see sufficient evidence to the contrary, which I have not. Having said that, however, I agree with those who suggest that the text as we have it is what we have. There is no "purer, untainted" historical version of the Jesus story to be uncovered apart from the theological coloring of the Gospel writers. The Jesus of history/Christ of faith distinction assumes that it is possible to uncover a Jesus of history apart from his story told by the faithful. We must not forget that the first Christians told the story of Jesus precisely because of their faith in him; and that faith was generated by the words, deeds, and work of Jesus himself. The theological affirmations of Jesus are not layers added on top of the historical Jesus; they are the substance that makes sense of the historical Jesus. They make it possible to understand why the story of Jesus was told in the first place.

My point is that it is a cardinal doctrine of Christian theology that God has revealed himself in history-- "and the Word became flesh and dwelt among us" (John 1:14). But there is more... this revelation is "full of grace and truth." Thus, while I am wary of a kind of biblical maximalism that so closely identifies theological affirmation with historical happening that the two must be always be welded together, I also reject a biblical minimalism that so divorces theology from history that actual events are irrelevant for the theological claims that give substance and coherence to the Christian faith. While biblical historians need to realize that the larger theological forest that grows from historical seed is important; theologians need to remember that the individual trees, each with their own diversity, matter.

Theology and history go together. Events have meaning, and all too often meaning is tied to the actual event. To view either discipline as mutually exclusive is to misunderstand both. Nicaea is not possible apart from the New Testament, but Nicaea gives the New Testament narrative a necessary coherence and understanding that does not distract from the biblical witness, but rather brings it into focus.
Posted by Allan R. Bevere at 7:00 AM