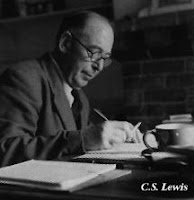 Another Thanksgiving has come and gone. I am always perplexed each year as we give thanks. I am a big believer in giving thanks. Grateful people are grace-filled people. But I struggle knowing that many have suffered at the hands of a America that has been so "blessed"-- Native Americans and African slaves just to name two groups-- there are more. It's hard to be thankful when what we often give thanks for comes on the backs of others.

Human history is a complex thing because human beings are complex-- a mixture of good and evil, good intentions and bad decisions. Too often it seems as if what we give thanks for as blessings are someone else's curses. So, my celebration of the fourth Thursday in November is always somewhat tame and sober. I am thankful for my family and friends. I am appreciative of the wonderful memories of people I love who have passed on to the church triumphant. I am grateful to be the pastor of a wonderful congregation and I thank God for the calling I have been given in life. And I pray that any blessings I have been given in a material way will be used to offer the blessings of God to others; for if God blesses us in such a way, surely it is for the sake of those around us. I do not believe that God wants to bless me at the expense of others.

___
I was disappointed that the Church of England has yet to approve women bishops. I am an egalitarian and believe strongly in the ordination of women. That includes the possibility of women being bishops. As a United Methodist I support the position that women can be called to the episcopacy, and I have no doubt that the church of England will at some point change its position.

Having said that I echo the sentiments of Michael Bird who laments the argument that women should be ordained bishops in order to get with the times. That's a terrible argument to decide anything. Michael writes,


I can understand people advocating the elevation of women to the episcopacy as a matter of scriptural principle and missional imperative, in fact I’m broadly sympathetic, but I’m hearing others advocate the position because there is a widespread belief that the church, as a state church no less, is morally obliged to mirror the values of society. To which I would reply, “Ahm, no it’s bloody not.” This is the Church of England, not Die Deutsche Reichskirche we are dealing with here. We are not beholden to the state to do its bidding in social policy.

N.T. Wright, who supports women as members of the episcopacy, also makes the point clear:


It won't do to say, then, as David Cameron did, that the Church of England should "get with the programme" over women bishops. And Parliament must not try to force the Church’s hand, on this or anything else. That threat of political interference, of naked Erastianism in which the State rules supreme in Church matters, would be angrily resisted if it attempted to block reform; it is shameful for "liberals" in the Church to invite it in their own cause. The Church that forgets to say "we must obey God rather than human authorities" has forgotten what it means to be the Church. The spirit of the age is in any case notoriously fickle. You might as well, walking in the mist, take a compass bearing on a mountain goat.

The church must never ever make decisions in order to be relevant because the gospel of Jesus Christ is already relevant. Nothing needs to be done to make it so. Decisions should always made because it's the right thing to do, nothing more, nothing less. The Church of England should change its position on female bishops because it is the right thing to do, not because it meets the approval of 21st century secular sentiments. As Tom Wright notes, it's about the Bible, not fake ideas of progress.

The substance of the argument is just as important as its conclusion.
___
One third of the turkey meat Americans buy for Thanksgiving gets tossed in the garbage, approximately 282 million dollars worth. The reasons for this waste is due in part because of people getting tired of eating leftovers as well as folks throwing out the "scraps," which we no longer use to make soup and other tasty concoctions.

Every year I make turkey soup with our leftover turkey, including making the stock. You have not eaten real turkey soup until you've eaten it with turkey that has been deep fried. I also do the same thing with left over ham-- ham and bean soup anyone?
___
Are we thankful for our place in the universe? We should be. In spite the grandeur of our great expanse our little corner of the cosmos is rather unique.
___
Pope Benedict XVI has just released his third volume in his series on Jesus in which he questions some traditional understandings of the Christmas story such as the date of Jesus' birth being earlier than the chronology suggests, and that it may have been the case that animals were not present at the nativity. The pope is an excellent scholar and worthy of consideration. What I am somewhat baffled by is why the media is presenting the pope's findings as somehow revolutionary. Questions about the traditional representations of the Christmas story have been around for years. I remembering learning about them in college. Jesus was born during the reign of Herod the Great who died in 4 BC, so that means that the traditional chronology is a little off. There is nothing in Matthew and Luke concerning the presence of animals at Christ's birth, though if they were there that would not be out of the ordinary.

In other words, what I am troubled by is not what the pope has written, but why the media is treating it like major and new findings. This tells me three things. The words of the pope (whomever it is) understandably carry weight, the media often dabbles in areas in which they are totally ignorant, and that they are more than ready to report on anything that they believe undermines traditional Christian convictions. But there is nothing radically new here. It is time to move along.
___
Quotes of the Week (Possibly, but Not Necessarily Said This Week):

"I'd be worried if I weren't scared."-- Tim Jarvis, who is recreating Ernest Shackleton's 1914 voyage to Antarctica

"It usually takes me more than three weeks to prepare a good impromptu speech."--Mark Twain

"A human being is a vessel that God has built for himself and filled with his inspiration so that is works are perfected in it."--Hildegard of Bingen

"There are worse crimes than burning books. One of them is not reading them."--Ray Bradbury, author Fahrenheit 451.

"Armored knights raised their visors to identify themselves when they rode past royalty. This custom has evolved into the modern military salute."--Useless Trivia

On November 22, 1963 the great Christian thinker, C.S. Lewis died in Oxford, England, one week before his 65th birthday. His death was eclipsed by the assassination of President John F. Kennedy on the same day. While Kennedy made a brief impact on contemporary history, there is little doubt that Lewis has had much more influence over the long haul of the past fifty plus years of history.
Posted by Allan R. Bevere at 7:00 AM

I suspect their is a more benign motive for the media to herald the Pope's scholarship on the real Nativity as a "revolutionary breakthrough" - numbers. There seems a tendency on the part of the media, particularly television news, to hype anything and everything as "breaking news", just to get people to watch.

They seem to treat the most mundane stories like they were the Kennedy assassination or 9-11, these days. Lots of smoke and mirrors and exaggeration. Probably because there is so much more competition to keep the attention of consumers.

So of course, this story must be an "incredible breakthrough", as well. I remember someone telling me that Jesus was most likely born six years earlier than the "official" date. I heard that thirty years ago. Nothing new, here.

Not that the date or month really matters. It seems logical that two-thousand-years later, some of the details might be a little off.