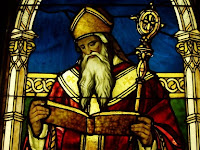 Neuroscientist, Dr. Eben Alexander, has made news with his near death experience he had several years ago while in a coma with an inactive neocortex. Alexander writes,


All the chief arguments against near-death experiences suggest that these experiences are the results of minimal, transient, or partial malfunctioning of the cortex. My near-death experience, however, took place not while my cortex was malfunctioning, but while it was simply off. This is clear from the severity and duration of my meningitis, and from the global cortical involvement documented by CT scans and neurological examinations. According to current medical understanding of the brain and mind, there is absolutely no way that I could have experienced even a dim and limited consciousness during my time in the coma, much less the hyper-vivid and completely coherent odyssey I underwent.

Colin Lecher offers an account in response at to what scientists think is happening physiologically in near death experiences. He concludes,


There's not exactly a consensus on what causes them, but the most common effects associated with near-death experiences have been reproduced in some way, and solutions have been offered to their most fundamental causes.

As one who believes in life after death, I don't think it is surprising that some people may indeed have real near death experiences. That does not mean, of course, that we unquestionably accept every testimonial given. Having said that, however, I don't think scientific inquiry can answer in total the phenomena of near death experience. Nevertheless, if there were never a contemporary near death experience recorded, I would still believe in life after death because I believe God has raised Jesus from the dead. Jesus, the Conqueror of Death, has secured our eternity.
___
What did the early church do with its money? Read this excellent post by Mitch Lewis.

___
An asteroid the size of a house passed within 59,000 miles of earth yesterday. While it posed no threat to Earth, 59,000 miles is only a quarter of the distance to the moon-- our near backyard in comparison to the rest of the solar system. The universe can definitely be a hostile place to live.
___
Years ago a retired pastor told me about the time that an insurance salesman giving him a pitch tried to impress him with his knowledge of the Bible. He told the pastor that his favorite Bible story was Moses and the Ark. Needless to say, the salesman didn't sell a policy. It would be interesting to do a survey today asking people the name of the man who built the Ark. My guess is that there would be a percentage of people who indeed believe it was Moses.
___
Sujin Pak is posting a series on pre-modern readings of Genesis 1 over at Biologos. Pak writes,


To say, "I believe in the Church" is to embrace and live into a reality that precedes us, encompasses us, and continues beyond us. Indeed, if we are to truly be the Church in the present, I believe that it is incumbent on us to listen to those who have gone before us, and recognize that our own "here and now" is not the whole of the Christian story. Moreover, paying attention to the voices in the history of the Church can reveal to us our own contemporary blindfolds and assumptions, and might even enable us to approach Scripture with fresh eyes.

Yes, indeed. We Christians who are alive in this present moment of time are part of something much larger. To believe in the God of the Bible is to acknowledge that God has not wasted all the previous centuries of human history only to come to the present moment with the advent of the current generation that now knows it all. Pak's words are an important corrective to those individuals in 2012 who believe that we who live in this present moment have the authority to simply dismiss the wisdom that has gone before because we know more than they ever could because we are wiser than they could ever be.

To be sure we do have knowledge about many things our forebears simply could not have known; but that does not mean we are wiser than those who have gone before. In actuality, it means more often than not that we have more knowledge with which to act foolishly. The present moment is not decisive over the past simply because it is the present. To quote the great G.K. Chesterton: "My attitude toward progress has passed from antagonism to boredom. I have long ceased to argue with people who prefer Thursday to Wednesday because it is Thursday."
___
My friend, Michael Gorman, is one of my favorite New Testament scholars. He has an excellent post on Christians and politics. It is a must read. He writes in part:

Christians are first of all citizens of God's kingdom, subjects of the Lord Jesus. Our first and ultimate loyalty is to that kingdom and to its politics and fellow-citizens. All other loyalties, allegiances, politics, political affiliations, etc. are subordinate and secondary to our citizenship in God's kingdom. See Matt 6:33; Phil 3:20.

Before we start thinking about politics as state-crafting, we should think of politics as the public expression of our participation in the kingdom of God. Therefore, before we choose or construct a politics within a given country, we are given a politics—the politics (public life) of Jesus.

Our primary political activity is to be the church: to worship God truly and to live out the demands of the kingdom of God and the lordship of Jesus.

Religion and politics often use each other for what each perceives as gain, usually meaning either protection or power. Jesus said, it shall not be so among you! See Mark 10:43-45.

Christians should probably be suspicious of politics and politicians in general, because there is so much seeking, use, and abuse of power, so much lying, and so much death associated with politics.


Thanks, Michael, for these reminders in this election season.
___
(The Not So) Silly Season in Politics: Once again we are in the midst of another presidential election in which some partisans on both sides have taken leave of their senses. There have been incidents where excrement has been spread on Obama/Biden and Romney/Ryan yard signs. Someone has fired a bullet breaking a window at an Obama campaign office in Denver, CO while people were inside. And in Wisconsin a bus driver told a student whose parents are Romney supporters that his mother should have considered aborting him. My friends, these things ought not to be, especially for those who claim to follow Jesus. To quote the title of a blog post by Peter Enns (also well worth a read), "Dear Christian, if the thought of either Romney or Obama getting elected makes you angry, fearful, or depressed, you have what we call a theological problem."

And that is not so silly at all in this silly season of politics.

"It (cycling) completely and utterly lost its way and I think it lost its moral compass. It is shocking, it's jaw dropping and it is very unpleasant. It's not very palatable and anybody who says it is would be lying wouldn't they? To now find out what was behind (it) is, of course, disappointing."--Head of British cycling, Dave Brailsford on the US Postal Service Pro Cycling Team doping scandal

"You don't reach 100 just like this. With your body, you've got to use it, not abuse it. Live the right kind of life. Take care of yourself,"--Joseph Katz who celebrates his 100th birthday this week.

"We learn wisdom from failure much more than success. We often discover what we will do, by finding out what we will not do."--Samuel Smiles, 1812-1904

"The name of the asteroid that was believed to have killed the dinosaurs was named Chixalub. (Pronounced Sheesh-uh-loob)"

On October 13, 1792, the cornerstone for the White House was laid in Washington DC. The second President of the United States, John Adams, would be the first chief executive to live in the executive mansion.
Posted by Allan R. Bevere at 9:34 AM

I read Michael Gorman's post. It was good and challenging. But it also made me think about how easy it is to slip into partisanship; where being a Democrat or a Republican becomes synonymous with being Christian. I see people who talk about values on the Right or justice on the left. I think their beliefs are heartfelt and they are right in expressing their beliefs in the public square, but then they get attached to some political party or decide to that their faith informs them to do such and such which aligns them with one party or another. Just today, I saw a pastor who was praising the President to the high heavens for his support for same sex marriage. (This same person would be aghast if it was a conservative doing this.) I guess what I'm trying to get at is that it is not so easy to extricate yourself from the ways of the world.

Thanks for your thoughts. As I have said time and time again, Christians on both sides of the political aisle say that if Jesus were here today, he would be neither a Democrat or a Republican, but then they go back to their partisan corners and engage in politics in a way that makes their claim irrelevant.