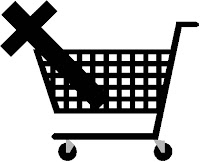 Pastor Barry Howard has written a thoughtful article on church shopping. Like Barry, I greatly dislike the terminology of "church shopping." It is a phrase that reflects our self-centered, consumer oriented culture. Church shoppers are looking, not to be in service, but to be served; they are not as much interested in the call of the gospel on their lives and what that means for what they are to give; rather they desire first and foremost to receive. Church shoppers want a congregation that fits well within their comfort zone. They desire a preference driven experience rather than being part of a purpose driven people. Howard writes,


There are a few good reasons to change churches: If you relocate, if you are called to service in another church, or if your church alters its mission and becomes involved in witchcraft, sorcery, or idol worship. That's about it. I don't think that differing interpretations of Bible passages, varying styles of worship, new or expanded mission partnerships, or changes in the menu of church services are really good reasons to divorce your church and seek another.

For the followers of Jesus, our perceived needs are not central. What is paramount is the call Jesus gave us to make disciples.
___
A month from now I will be in Cuba on a mission trip. On my trips there in the past, I have spent my time preaching in churches and teaching the Methodist pastors and just building relationships. When I am in Cuba, my hope is renewed. The Methodist Church in Cuba is doubling its membership every two years (and that's not counting the persons actively involved in the church but are not members) and the median age of the average Methodist congregant in Cuba is approximately 25 years old. When there I am reminded that God is working in mighty ways all over the world. I dare say that the Chrstians in Cuba could teach us Christians in North America and Europe a few things about evangelism and making disciples of Jesus Christ.
___
Years ago, the late John Stott was asked why the church is exploding in growth in Africa, South America, and Asia, but in decline in Europe and North America. His response was short and to the point: "God will go where God is wanted."

___
The first presidential debate was this week. The general consensus is that Mitt Romney won the debate. He was on his game, while it appeared that the president did not bring his best on Wednesday night. But the person who has appeared to receive the most scorn was the moderator, PBS journalist, Jim Lehrer. While others have been beating up on Lehrer, allow me to say a few words in his defense:

A debate is not about the moderator; it is about the debaters. Yes, it is true that he was rather run over on a few occasions by both candidates, more so by Mitt Romney. But I am not sure what it is that his critics expected him to do. He was on the same stage as the sitting president and a former governor. It would hardly have been appropriate for Lehrer to tell either candidate to shut up-- "Excuse me, Mr. President, but I'm in charge here. Please close your mouth." I'm sorry Governor Romney, you are out of time. Shut up, please."

I suppose it is fair criticism that Lehrer did not ask the best follow-up questions, but reining in the candidates and being "Mr. Tough Guy," would have made Lehrer look even worse than many think he already did. The fact that we are talking more about the candidates debate performance than the moderator's tells me that Jim Lehrer largely did his job.
___
Conventional wisdom is that organic food is healthier and safer than so-called synthetic varieties. But a meta-analysis of 240 studies done over 45 years says otherwise. Is this another example of how good intentions do not always yield desired results?
___
Isaiah 38:1-6:


In those days Hezekiah became sick and was at the point of death. The prophet Isaiah son of Amoz came to him, and said to him, 'Thus says the Lord: Set your house in order, for you shall die; you shall not recover. 'Then Hezekiah turned his face to the wall, and prayed to the Lord:3'                                Remember now, O Lord, I implore you, how I have walked before you in faithfulness with a whole heart, and have done what is good in your sight.' And Hezekiah wept bitterly.

Then the word of the Lord came to Isaiah:5'Go and say to Hezekiah, Thus says the Lord, the God of your ancestor David: I have heard your prayer, I have seen your tears; I will add fifteen years to your life.6I will deliver you and this city out of the hand of the king of Assyria, and defend this city.

I have always been intrigued by this passage. Isaiah gives King Hezekiah a death sentence. In Hezekiah's suffering and and tears, he turns his face to the wall and prays. Perhaps Hezekiah turns to the wall because he wants no one to see his tears. But God hears his prayer.

There are times in our lives when we may feel that we face our problems alone. Our face is to the wall and no one knows our pain and fear. And yet, God knows and God cares. No wall can hide our tears from God. No silence can keep God from knowing that we suffer. God may not always answer our prayers in the way we hope, but God does answer and God does care.
___
Silly Season in Politics: This week's Silly Season in Politics award easily goes to former Vice-President, Al Gore, who suggested on his Current TV that the reason for President Obama's less-than-stellar performance at the debate on Wednesday night was the change in altitude in Denver. I understand that in politics both sides want to spin things in their favor, but is it not easier just to say that the President simply did not have a good night. I have no doubt that President Obama will be well prepared for debate number two. Why not simply admit that the President is human and move on, instead of trying to find excuses that just make the one giving them look silly.


I almost never make predictions about what next week's Silly Season in Politics will be about, but it may well have something to do with Big Bird.

"Just remember, once you're over the hill you begin to pick up speed."--Arthur Schopenhauer

"The honeymoon is over for the returning [NFL] officials"--Bleacher Report

"Helping a billion people connect is amazing, humbling and by far the thing I am most proud of in my life."--Mark Zuckerberg, founder of Facebook

"Now, does anybody think that ExxonMobil needs some extra money, when they are making money every time you go to the pump? Why wouldn't we want to eliminate that? Why wouldn't we eliminate tax cuts for corporate jets?"--Barack Obama, during Wednesday's presidential debate

"It's frankly not moral for my generation to keep spending massively more than we take in, knowing burdens will be passed on to the next generation and paying interest and principal all their lives."--Mitt Romney, during Wednesday's presidential debate

On October 6, 1866, the first robbery of a train in motion took place in Jackson County Indiana. The perpetrators, The Reno Gang, started what would become a standard method of train robbery.
Posted by Allan R. Bevere at 6:35 AM