Science and the Eschatological Challenge to Theology (Part 4) 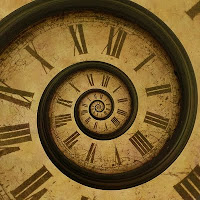 Previous Posts in the Series:
Science and the Eschatological Challenge to Theology (Part 1)
Science and the Eschatological Challenge to Theology (Part 2)
Science and the Eschatological Challenge to Theology (Part 3)
___
(3) In so far as present human imagination can articulate eschatological expectation, it has to do within the tension between continuity and discontinuity. There must be sufficient continuity to ensure that individuals truly share in the life to come as their resurrected selves and not as new beings given the old names. There must be sufficient discontinuity to ensure that the life to come is free from the suffering and mortality of the old creation (John Polkinghorne, Science and the Trinity: The Christian Encounter with Reality. New Haven: Yale University Press, p. 153.)
This third eschatological criterion necessitates more discussion, so we will take two posts to deal with it. It is so involved because it "lies at the very heart of any attempt to articulate a credible understanding of the nature of the eschatological hope" (p. 153). While the current character of the creation is fleeting and moving toward futility (Romans 8:20), it is God's good creation nonetheless (Genesis 1:31). Polkinghorne notes, "Taken together, these two insights imply that the eschatological transformation that will overcome futility and bring about God's final purposes can be neither just a repetition of this world nor simply an apocalyptic wiping clean of the cosmic slate in order to start all over again with the new world that is radically discontinuous with the old one" (p. 153).
As an example we may take the resurrection of Jesus (which we will speak of in more detail in a future post). The resurrection narratives of the Gospels present the risen Jesus as having a bodily existence in continuity with his pre-crucifixion body-- he can be touched, he eats (Luke 24:39-43), but there is discontinuity in that Jesus' body seems to have new or transformed properties-- he suddenly appears in rooms and then disappears (Luke 24:36), and in some instances his disciples do not recognize him at first (Luke 24:13-16).


God's creation will not be completely destroyed only to make way for something new. That would deny the goodness of creation. At the same time, creation must be transformed. If it is not that would reject the belief that creation does need to be transformed and that God desires to do so. At the heart of Christian hope is the belief that God will not allow the futility of the present creation to reach its logical conclusion.
These are perplexing issues to wade through theologically. Polkinghorne reminds us that theologians have been wrestling with the "twin eschatological themes of continuity and discontinuity" (p. 153) since Paul's discussion of resurrection in 1 Corinthians 15.
Polkinghorne offers four conditions of "consistent continuity:" embodiment, temporality, process, and personhood and the soul. We shall deal with the first two in this post with conditions three and four discussed in the next.
(a) Embodiment. Embodiment is intrinsic to humanity. The Bible does not embrace a Platonic dualism that pits the body against the spirit. We are, in Polkinghorne's words, "incarnated souls" (p. 155). We must reject the kind of "spiritualizing tendencies" that not only minimize the significance of this physical existence, but also deprecate God's active interaction in this world. "We are not apprentice angels, awaiting release from the entrapment of the flesh, as the gnostic thinkers of the first Christian centuries believed" (p. 154).
Polkinghorne refers to William Temple who stated that of all the world religions, Christianity was the most materialistic. Temple was not referring to a "physicalist reductionism," but rather the Hebraic sense of the word "body" to refer to "the total embodied person" (p. 155).
To highlight the continuity and discontinuity here, Polkinghorne once again returns to the Apostle Paul and his discussion of resurrection in 1 Corinthians 15. In referring to our current embodied state, Paul uses the Greek terminology soma psychikon, which has been translated as "physical body" or "natural body." The resurrected body that is raised Paul calls soma pneumatikon, "a spiritual body." What Polkinghorne rightly recognizes here is how Paul keeps the continuity of futile creation and redeemed creation together with the term soma (body), but also highlights the discontinuity between the two with the adjectives psychikon ("natural") and pneumatikon ("spiritual"). Our current humanity will be part and parcel of our eschatological transformation, but it must be transformed (I also find it interesting that Paul tells the Corinthians that if Christ hasn't been raised from the dead their faith is futile [1 Corinthians 15:17]. Perhaps because if that's the case creation itself remains in futility.)
(b) Temporality. On this matter Polkinghorne wades into controversy. "Just as it is intrinsic to humanity to be embodied, so it is surely intrinsic to our being that we are temporal creatures" (p. 156). According to general relativity space and time and matter cannot be separated. They are woven together. To say it poetically space, time, and matter all dance together in the universe and one cannot be taken away from the other two without the dance ending in disaster. As Polkinghorne notes, "together they constitute a package deal" (p. 156).
On account of this, Polkinghorne suggests that our physically transformed existence will continue to be a temporal existence in that we will experience time, except that the time "of the world to come is not just a prolongation of the time of this world, or simply its immediate successor. Rather, it is a new time altogether, possessing its own independent nature and integrity" (p. 157).
There is, however, a school of theological thought that believes eternity is only possible when time ends (e.g. Wolfhart Pannenberg). Polkinghorne suggests that this view of time is based on the same mistaken Platonic assumptions that reject the transformation of the physical, preferring instead a casting off of this existence. Platonism equates perfection with the static, the unchangeable, rejecting the dynamic. Polkinghorne is arguing that the transformed, redeemed state to come will be anything but static-- "...there is no necessary connection between change and decay, between temporality and transience" (p. 157).
In order to understand this claim more clearly it is necessary to discuss process as well as personhood and the soul.
Those are the subjects of the next post.
Posted by Allan R. Bevere at 6:00 AM