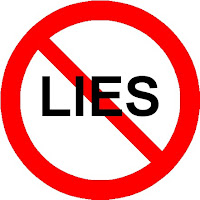 Here's another installment of "Truth in Politics Tuesday" from FactCheck.org: I offer two links, one referring to each campaign.

The first concerns the Romney campaign's claim that President Obama is dropping the work requirements for welfare:

A Mitt Romney TV ad claims the Obama administration has adopted "a plan to gut welfare reform by dropping work requirements." The plan does neither of those things.

Work requirements are not simply being "dropped." States may now change the requirements — revising, adding or eliminating them — as part of a federally approved state-specific plan to increase job placement.

And it won't "gut" the 1996 law to ease the requirement. Benefits still won't be paid beyond an allotted time, whether the recipient is working or not.

Romney's ad also distorts the facts when it says that under President Obama's plan "you wouldn't have to work and wouldn't have to train for a job." The law never required all welfare recipients to work. Only 29 percent of those receiving cash assistance met the work requirement by the time President Obama took office.
___
The second link centers on the claim of the Obama campaign that Governor Romney has avoided taxes in a shady, almost illegal manner, and that he has paid absolutely no income tax:

The Obama campaign strikes another low blow with a TV spot accusing Mitt Romney of "personally" approving a notoriously abusive tax-avoidance scheme and suggesting he may have paid "zero" tax. That’s badly misleading.

It wasn't Romney who was avoiding taxes, it was Marriott Corp. And there's no evidence to support the ad's speculation that Romney himself paid no income tax, or that he did something illegal.

The ad opens with an unsupported insinuation that Romney isn’t releasing more federal income tax returns because some would show he didn’t pay any income tax in those years. The narrator asks, "Did Romney pay 10 percent in taxes? Five percent? Zero? We don't know."And the narrator might add, "We have no evidence to support what I just said." But he doesn't.

Instead, the narrator says, "But we do know that Romney personally approved over $70 million in fictional losses to the IRS as part of the notorious 'Son of Boss' scandal. One of the largest tax avoidance schemes in history." On screen, we see similar quotes attributed to CNN, with the cable network's logo prominently displayed. There's so much deceit here we hardly know where to start.

The entire posts can be read here and here.
Posted by Allan R. Bevere at 11:04 AM