From Belief to Unbelief, From Unbelief to Belief 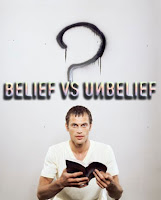 The Christian Post has a story on an ex-pastor who has lost her faith and became an atheist. The former Rev. Terea MacBain states in reference to her journey from belief to unbelief:

...it was very, very gradual. Actually there's not really one single moment where I can look back and say ah, that was the moment. It was kind of a slow progression"....

"It's just theological. I had no problems with the church or the structure or the organization. There are basically four steps that occurred over a long period of time. One was the contradictory nature of the Bible; the lack of scientific or historical foundation or accuracy, which took me a very, very long time to come to terms with. That was the starting point I guess when I realized that that wasn't true, that the Bible wasn't true. From there I moved to thinking about all of the religions in the world and how people basically associate, in most cases, with one religion or another based upon their own culture and how they were raised"....

In timely fashion, Christianity Today Online posted an article by Alister McGrath, a scientist and theologian who rejected his atheism and embraced Christianity. McGrath writes about his movement from unbelief to belief:

Had I read [C.S.] Lewis at that stage, I would have known that he once shared my dilemma as the imaginative deficiency of his youthful atheism began to dawn on him: "On the one side, a many-islanded sea of poetry and myth; on the other, a glib and shallow rationalism." Yet even without Lewis, a seed of doubt had been planted within my dogmatic mindset. I could not have known this, but within a year, such doubts would overwhelm me and lead me to rediscover Christianity.

My own conversion was intellectual. I didn't need a quick spiritual fix. Instead, I encountered a compelling and luminous vision of reality so powerful and attractive that it demanded a response. Christianity made more sense of the world I saw around me and experienced within me than anything else—my earlier atheism included. I discovered the sheer intellectual capaciousness of the Christian faith—its remarkable, God-given ability to offer us a lens through which we can see things, bringing everything into a sharper focus. It's a light that illuminates the shadowlands. That's why I've come to love Lewis's great one-liner: "I believe in Christianity as I believe the sun has risen, not just because I see it, but because by it I see everything else." Although my journey of faith started with reason, it did not end there. The novelist Evelyn Waugh once wrote of the "delicious process of exploring" that he experienced upon converting to Christianity in 1930. I know just what he meant. Everything is new and exciting. It's all too much to take in at once. You have to keep coming back, going deeper each time around. That's what I found with the Resurrection.

The post on MacBain can be read here, and McGrath's article can be viewed here.
Posted by Allan R. Bevere at 2:47 PM

I identify with both of these. It is so strange. I hover in an in-between state. I both feel that the Bible is full of contradictions, and that God seems mean and selfish. And I have studied myth and Jung in great depth to see the psychology and mythic origins of religion. But I also see that Christianity and faith explains things. That it can be rationality. And nothing squares me up again like C S Lewis.

It is good to be reminded that people of belief and unbelief can be rational and sincere about it. Both sides of the debate can be so forceful.