Grade Inflation: Its Causes and Consequences 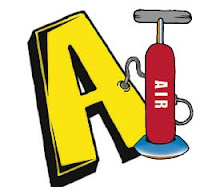 Enrico Uva has written an article for Science 2.0 on the serious causes and consequences of grade inflation in education, both public and private. He writes,

Grade inflation is common. It knows no borders, occurring in public and private schools, at the elementary level and in Ivy League universities. It is a serious problem, and yet I have rarely heard a frank and open discussion about the matter.

Uva outlines five causes and seven consequences of grade inflation. It is a serious problem indeed. Without commenting on Uva's causes and consequences which you can read for yourselves, I will make a few observations having just turned in some grades myself for the seminary where I have taught as an adjunct professor for almost twenty years.

When I was in college and graduate school many years ago, most students, I think, had no assumptions about what grade they deserved on an assignment for a class. There were exceptions to this, of course, but when I received a B on a research paper and was told that the paper was good, I assumed that the professor believed, for various reasons, that it was indeed a good piece of work and not an excellent finished product. The professor did not have to justify why I did not receive and A. After all, I was the student, the learner. I was being trained in the subject of theology, I did not have the expertise my professor had.

That is no longer the case. Today professors have to justify why an assignment did not receive an A. The assumption from many students is that the A is the norm and anything less needs an explanation. Now I am happy to provide that explanation which is often nothing more than saying "It was a good paper and not an excellent one." And I am also ready and willing to make suggestions on how the paper could have been better, but the responsibility for the grade does not rest on my shoulders; it is incumbent upon the student to do the kind of work to merit the grade of A.

Part of the problem is that we live in a culture where relationships are understood primarily as transactional and education is often understood by students as exactly that. In exchange for tuition the school issues good grades and a diploma, assuming of course that all the assignments are turned in and class expectations fulfilled. On more than a few occasions I have had emails from students after not receiving an A for the course wondering why they received a B (or less) since they did turn in all the assignments. Apparently, the quality of the work for some is not the determining factor in the final grade; simply turning in the assignments is sufficient.

Now, I don't want to be misunderstood. I don't blame our current students for this predicament. It's been a long time coming and the reasons for it are several, some of which Uva outlines in his post. It was only a matter of time that in a culture where everything including blood is a commodity, that the commodification of education would become a reality.

What to do about this, I do not know. But I do know this. I do not have to justify not giving an A. I'm not the one being examined.
Posted by Allan R. Bevere at 6:00 AM

I am a second-career pastor. In seminary, my first paper (on church history) came back with a B. My first reaction was was incredulity. I had been writing professionally and while in D.C. some of my papers actually went to the hand of the president.

But I also was not a kid any more and knew the prof had power and I did not. So instead of protesting the B, I stayed after calass and asked him, "What would I have had to do to have made this an 'A' paper?"

This he was happy to explain and he did. I took his advice and from then on I received only A's from him in every class I took from him.

That, I fear, is what the younger students haven't figured out.

I fixed the title-- thanks!

The link to my article is broken. It is now found at http://uvachemistry.com/2014/12/13/the-causes-and-consequences-of-grade-inflation/