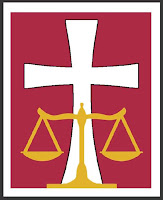 Snow discusses William Wilberforce and the abolition of slavery in Great Britain. He observes,

I began by investigating the abolition of slavery in Great Britain. The story of Wilberforce is powerful and inspiring, if one believes that legislation is a legitimate means to reform. My paper "Abolishing Transitional Gains Traps" attempts to point out that while the abolitionist movement was successful at ending slavery, it was not a clean win. There were innocent losers as a consequence of Wilberforce's victory. That, and Wilberforce was a winner, as were his colleagues, many of whom enjoyed approbation and power as a consequence of their success. Some of which was no doubt misapplied at times.

He then turns his attention to the issue of abortion:

I don't think morality can or should be legislated. I think if Christians want a woman not to have an abortion, then they should offer that woman however much she demands to not have an abortion.

We often talk about the value of human life, but we seldom are actually willing to pay for it. Suppose the mother demands $10,000 for the baby. Many would be willing to pay that price. Suppose she demands $1 million. Well, you tell me, is the child’s life worth that much to you or no? There comes a point at which purchasing that child's life might threaten your own child’s life. Which is to be preferred? Which is more valuable? What would Solomon do?

There is usually a presumption that the woman should be responsible for keeping the baby and bearing the cost herself. This I suppose comes from a belief in Truth. But I don’t see God imposing Truth on us. Instead I see Him making sacrifice to exemplify truth.

I invite you to read the entire post yourself. I have linked to it because while I find myself very sympathetic with Snow's position, I think his argument leaves a little to be desired. So here are my thoughts:

First, I certainly agree that evangelicalism sees change coming primarily through legislation and the power of the nation state, and I am glad to see that Snow included not only John Piper and the religious right, but he also rightly mentions Jim Wallis and the evangelical left who also have fallen prey to the affirmation of Christendom through their agenda of control. This has undermined the church's own witness to the kingdom of God in the world. Whether it's from "Francis Schaeffer to Frankie," the agenda is the same: "What they all seem to agree upon is that Christians should be fighting to build stronger coalitions within government." As Snow rightly notes, such "statism is the constant corrupter of the church," and the evangelical left is just as guilty of this as the religious right.

Second, Snow's critique cannot only be applied to evangelical Protestantism, but to mainline Protestantism as well. We mainliners "wrote the book" in the twentieth century on replacing the witness of the church with the power of the state. As James Hunter notes,

Politically progressive Christianity achieved its apex of visibility and influence in the middle decades of the twentieth century. Most of the mainline denominations had their social justice ministries that lobbied on behalf of particular public policy in Washington D.C., as of course did such ecumenical bodies as the National Council of Churches. There were clergy organizations, such as the Clergy Leadership Network, that weighed in on the political issues of the day.... Much the way that the Christian Right is associated with the social conservative agenda of the Republican Party at the end of the twentieth and in the early twenty-first century, these denominations and ecumenical bodies those days, identified closely with left-of-center politics. These bodies also cultivated the presumption that their particular agenda represented the Christian voice in public affairs (To Change the World, p. 134).

I must confess as a mainline Protestant who has come out of evangelicalism, I find it almost tragically humorous when the religious left accuses the religious right of wanting to institute a theocracy in America when they have their own theocratic vision they are working to bring to fruition. It reveals the truth of the statement that when you point your finger at someone there are three pointing back at you. The way around the errors of both, of course, is for the church to recover its primary work of embodying the gospel in its corporate life and bearing witness to the ways of God in the world. That is the central way the church is to be political in the world. As I continue to say, the church is where the politics of the kingdom resides and comes to fruition, not in the halls of nation state power.

Third, I agree with Snow in reference to the law: "...I think legislation is merely another tool for force. My public choice economics training has made me extremely skeptical of the capacity of legislation to do good, or even to do well." As Dean Merrill right notes, at best the law is a modest helper. The problem with both the religious right and the left is that they operate as if the law is the be all and end all of achieving their own personal kingdom vision for the nation. For both sides there doesn't seem to be a problem they oppose for which the law fails to have a solution. The only exception would be when one side criticizes the other for trying to legislate morality-- that would be their version of it. And that brings me to me fourth point.

Fourth, Snow refers to the often-quoted shibboleth that morality cannot be legislated. Well, morality is indeed legislated all the time. Indeed, while what is moral may be much larger than what is legal, how does one isolate the moral from the legal? Law clearly reveals an underlying moral perspective.

Of course, the "morality cannot be legislated" meme is utilized only when it concerns matters of morality that are deemed personal. Many Christian thinkers in the past few decades have more than sufficiently critiqued the many problems with the personal/social moral distinction. Nevertheless, law does reveal that a community does have a moral commitment to one another as a community. This argument, it seems to me, is simply a red herring.

Fifth, having said that the law is only a modest helper and having rejected both the mainline and evangelical obsession with the utilization of the law of the nation to implement their personal kingdom agendas, those of us who believe in the centrality of the politics of witness still need to account for the place of the law in achieving justice. Surely, there is a place, though I do not believe the law has a central place for Christians. The problem, nevertheless, is how Christians in their witness incorporate the laws of the land in a way that does not undermine their witness to God's kingdom. If we fail to get this delicate balancing act correct, we will end up like the religious right and the left who look less like the people of God's kingdom in this world and more like two additional special interest groups lobbying Capitol Hill.

I am not sure myself how to work through this, but I do know that the outlawing of the slave trade in Great Britain and later in the United States was a good thing. I also know that the laws against human trafficking (the current slave trade in America) in the twenty-first century are good as well. I think we would be naive to believe that such laws will fix the problem, but I want those laws to be there, even if most of the hard work of ending such evil will take place over and above the law.

Sixth, and finally, I very much agree with Snow's suggestion that the problem with Christians and such legislative activism is that it undermines the need for Christians to live sacrificially. As I wrote in my book, The Politics of Witness,

I propose that the politics of witness will only work if the church at large and Christians as individuals live a simpler lifestyle. Materialism has all but destroyed the church's ability to witness politically in this world. It is not so much that the church lacks resources to fulfill its mission in this world, as it has too much of its resources tied up in things that, as Jesus himself said, "rot away" (Matthew 6:19). Churches are dumping resources into old run-down buildings, and individual Christians are in just as much debt as the average American. The problem is not that we lack financial resources; it is rather that they are tied up as a result of greed and an indistinguishable way of life" (p. 58).

I sometimes think that the reason we Christians try to fix everything with legislation is that it assuages us into feeling that we have done something for the kingdom without having to change our lifestyles very much. If we can just outlaw abortion, we don't have to concern ourselves with assisting an unmarried mom in need so she can have her baby. If we just force the wealthy to pay more in taxes to feed the hungry then we do not have to put out more of our own money to feed them. Thus we can continue to have our two new cars (with payments), our credit card debt, and our annual vacation to Disney World. Thus, the law becomes a way of acting without having to act sacrificially. The law also continues to reinforce our desire to be in power. As I have said elsewhere, if members of the religious right and the religious left were with Jesus during his temptation when Satan offered him all the kingdoms of the world, both sides would have accepted the offer in the name of doing good with such power (Luke 4:5-8). After all, what's a little devil worship as long as we can achieve just ends?

That may be fine for unbelievers, but Jesus calls his disciples to more. If there is a law that we must obey, it is the law of Christ (Galatians 6:2).
Posted by Allan R. Bevere at 12:32 PM

I sometimes wonder if Mainline Protestantism is more concerned with being good liberals than they are with being faithful disciples. More and more I feel like all that matters in being a Christian is to vote for Democrats.

I agree, Dennis. That why I continue to say that they simply mirror evangelical Protestants who work to be good conservatives.