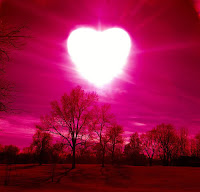 The following is a repost in response to some recent articles promoting a domesticated, status quo Jesus.
___
One of the flaws of the most characteristic Liberal portrayal of Jesus was the unlikelihood that anyone would have wanted to crucify such an attractive moral teacher. In recent questing it has been more widely recognized that a test of any hypothesis' viability is whether it provides a satisfactory answer to the question, Why was Jesus crucified?-- James D.G. Dunn
The great challenge for preachers of the Gospel in the West is to overcome the intellectually shallow and theologically inept summaries of Jesus' life and ministry being first and foremost, primarily, and basically about love. The focus on the concept of love marginalizes cross and resurrection, which ironically in turn undermines the radical nature of the kind of love Jesus displayed.
Stanley Hauerwas likes to get at this problem by asking if it's possible to imagine Jesus walking around Judea and saying something like, "Hey, Guys... I have this radical idea. I think we should love each other. And the response of the religious establishment is, "What! Love one another! We can't let this guy spread his subversive message! Let's string him up!
Now before I get all the comments and emails reminding me of how much Jesus and the New Testament writers mention love, let me respond by saying that I know such is the case. I am not exactly ignorant when it comes to Scripture. The problem is that the modern tendency to dehistoricize and detheologize Jesus and his ministry into principles and concepts robs us of the context which makes the biblical notion of love intelligible. Without it we lose what it truly means for Jesus to tell his followers to love one another. The great sacrifice of cross and the wonderful victory of resurrection by which Christian love is understood is replaced by the modern romanticism of love as primarily a feeling, as the justification for behavior without consequences, and living a life devoid of transformation. We move from Jesus' statement that no greater love can be displayed in laying down one's life to it doesn't matter how we behave because God loves us no matter what.
It doesn't take a profound thinker to know that the primary motivation for this dehistorizing and detheologizing of Jesus is to domesticate his life and work into something more palatable to modern sensibilities. The Jesus who comes to us from the pages of the New Testament demands too much from us. Moreover, in our modern cosmological reductionist assumptions, we simply cannot have a Jesus running around doing miraculous things. So in Bishop Spong and John Crossan fashion we first demythologize Jesus and then we remythologize him after our own image and our own expectations. Jesus now becomes safe to follow. Yes, Jesus is still presented as a radical, but he is a domesticated revolutionary. He is one who looks like a hippie from the 1960s or a political activist whose methods of power and coercion look no different from the politics of the nations.
But a domesticated revolutionary will not bring about serious change; he will just reinforce the agendas of those who are frankly doing nothing more than using Jesus as a prop to get what they want. Jesus was crucified because he presented a true alternative to the ways of the world that could not and will not be displayed in the politics of the current age. Jesus was not killed for promoting right-wing violence on behalf of the state, and he was not crucified for advocating a progressive social agenda. Jesus was crucified because he presented a serious threat to the status quo in all forms; and it will not do just to present his life and ministry as supporting any modern political and social agenda. And those Christians who attempt to do so are domesticating Jesus into doing their bidding.
But the real Jesus, the Jesus who comes to us from the pages of the New Testament, will not be so domesticated. Jesus has not come to conform to our expectations. We must conform to his. You don't get strung up on a cross by running around telling everyone to love each other, and we won't be able to understand the nature of discipleship without knowing that cross and resurrection stands at the heart of what it means to walk with Jesus. Cross and resurrection are about more than what God has done for us (and what God has done for us is much more than sentimental niceties about love); they also provide the blueprint for how Christians are to bear witness to the love of God in the world.
Posted by Allan R. Bevere at 9:19 AM

I hate to demythologize and everything, but the only way to get yourself crucified is to threaten the Romans. Even demanding that people radically change their lives won't do it.

Now, if your followers get the idea that you are going to drive out the legions and usher in a new kingdom, you're toast!

In any case, the Lion of Judah is not a tame lion. Dr. Allan is correct in pointing out that whatever may have been the mindset of those in the 1st century, those of us in the 21st don't always, if ever, get it right. Yes, the claim that Jesus was "King of the Jews" put him on the Roman radar. They were the instrument of execution. But, Jesus life and message of God's kingdom ticked off the Jews who threw him to the Romans.

"we first demythologize Jesus and then we remythologize him after our own image and our own expectations. Jesus now becomes safe to follow."

You use Bishop Spong and John Crossan as examples of this process. And I would agree. But I would say that this demythologizing and remythologizing process happens across the theological spectrum. The image into which Jesus in made varies, but the process is the same.

Interesting stuff. However I don't think it makes sense to say that the liberals use Jesus in a 'loving incarnation' to get what they want. I think right wing thinkers do it too. Every Christian does. When we hold a moral view we do it because we believe it to be right, and interpret the Bible as fits in with our understanding. We cannot help but have our interpretation coloured by everything around us.

Diving Christians up into right and left wing doesn't help us to get closer to the truth of God.

Thanks for the helpful comments, folks.

Yes, all of us are guilty in using Jesus for our own agendas. My response here was targeted to more liberal manifestations because I have read such accounts lately, some of them making into popular periodicals. Moreover, I was attempting to jump off from the Dunn quote at the beginning of the post.

You should note, however, I do take a quick swipe at right-wing promotion of violence in the post as well.

As far as the liberal/conservative spectrum not being helpful, I agree. In fact, I have said on this blog time and time again that the modern liberal/conservative division distorts the nature of Christianity and Jesus' Kingdom ethic. Nevertheless, I am responding within those parameters because most Christians place their own arguments along that spectrum.