Pastors, Burnout, and Chasing after Idols 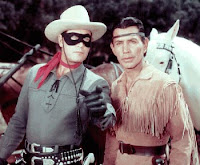 When I look at the photos of my ordination class of twenty years ago, I am amazed. I am not stunned that my colleagues and I who were ordained with me have aged. I am not surprised that those who entered ministry as a second vocation are now retired. I am amazed at how many of them threw in the towel and left the ministry in their prime. Some decided to do something else because their own work in the pastorate confirmed to them that they likely were not called in the first place. But there were others who simply burned out. For various reasons they got fed up and decided that they needed to do something else.
.
Eryn Sun writes on the subject of clergy burnout in the Christian Post. It is an important read. While I take issue with a few things in the post, essentially I think there is much in the article that clergy and parishioners need to hear. Clergy burnout indeed proceeds from pastors and their parishioners chasing after their own idols-- pastors who selfishly gain something from their own do-it-all-themselves approach to their ministry, and parishioners who selfishly think they should be the center of the pastor's attention with her or him doing the work of the church on their behalf. Sun quotes Bob Osborne, Executive Director of the World Gospel Mission:
.

"As leaders, we are constantly tempted by a deadly cocktail of narcissism and isolation," the former Peace Corps member affirmed. "And once our faith slips from a tight grip on Jesus and his power, we are trying to do tremendously difficult jobs on our own."
.
"Additionally, when reputation, people-pleasing, control, success, and other idols take hold of the heart, many are "ill-equipped to apply the Gospel to their sin-burdened hearts."
.
Benjamin Shinn, associate professor of Bible Exposition at Biola University, offers three important ways that pastors can avoid burnout:
.
"The pastor shouldn't do all the work but instead should train the congregation members to carry out the ministry," the professor told The Christian Post in an email. Delegating tasks is not only biblical, but also vital, ensuring a longer "shelf life" of the pastor.
.
Just as well, practicing spiritual disciplines, i.e. prayer, Bible study, fellowship, fasting, journaling, and solitude, or investing in a deeper relationship with the Lord, also helps strengthen and empower pastors and leaders for the different aspects of the Christian life beyond the work of ministry.
.
"If done regularly, there can be a rhythm developed that will lead to a strong and healthy spiritual life. Once this rhythm is developed then it minimizes the chances for burnout..."
.
We must never forget that God has called a people to bear witness to the gospel in the world, not a lone individual. When pastors and parishioners forget that, the results are never good. Unfortunately, too many pastors have just as much of a stake in being lone rangers as their folks in the pew.
.
But even the Lone Ranger had Tonto.
Posted by Allan R. Bevere at 7:00 AM

It's also important to remember that long term sustainability and health involves the congregation, too. A pastor can be doing all the right things and taking good care of themselves, and an abusive congregation can burn them out and make them think they aren't called to ministry. I agree wholeheartedly that we have to take responsibility for our own spiritual lives, but we have to acknowledge how the actions of individuals and groups can affect our well being, too.

As i prepare to step-aside form pastoral ministry (for I don't know how long), I can testify that it isn't always the local church that drives pastors to burn out. I have found a conflict between the God of the church and the politics of the church. As I have had conflict in the church, I have dealt and found ways to reconcile with members. Or as Jesus himself suggested, move on and wipe the dust from your feet. I'd be interested to know how many people who burn out also feel a major lack of support from the bureaucrats in the church. I can move on from members who cause me conflict or wounds. When it's your DS or other leaders, it's hard to move on. when the system runs over you, you know they are going to "hit and run." We Christians have a reputation for killing our wounded. The same is true for pastors.

As a full-time pastor on my way out of ministry this year, I find myself in a place I never expected to be. I was probably too prideful in retrospect, thinking I wouldn't let burnout get me. Instead, after several years, I am calling it quits for a whole bunch of reasons, and some fit the article I suppose -

1. a journey to agnosticism in the years since I graduated from seminary is the obvious reason. even though I maintained spiritual disciplines, hoping to find Jesus again, I have lost/given up my personal faith 100%. I could have stayed on as a closet agnostic for the relative security - the profession isn't going away anytime soon - but I could no longer live with the hypocrisy.

2. far more painful experiences in the church dealing with difficult people than I would have ever imagined years ago. "more painful" both in the quantitative sense (number of times it has happened) and the qualitative sense (how intense the pain has been for me).

3. a realization that to be a "successful" pastor would require working 50 - 60 hours a week or more, and I was not willing to pay that price and make that sacrifice of family time.

It seems to me that one big problem is that denominations are encouraging the idol-chasing by (still! for goodness sake!) buying into the paradigm of "A good pastor attracts lots of members."

Jesus died in his prime years of ministry, for goodness sake. That should tell us something about "where God is at" with respect to the value of "nothing succeeds like (worldy) success."

I often think - and I honestly don't say this facetiously - that I should be happy that the church doesn't want me and I'm doing a ministry that is humanly possible as a Hospital Chaplain.

Clergy burnout is a systemic illness and all church systems have it. I tire of the slant of the article cited, which puts the problem on a pastor not having the right faith, or enough of it, or invalidating a call because it's not forever or because maybe churches change their mind and decide you're not "young and gifted" anymore. More sabbath, real mentoring relationships, and regular spiritual direction are helpful for personal health over and against the institutional gold standard of success: higher and higher and higher numbers.