Must One Believe in the Virgin Birth to Be a Christian? 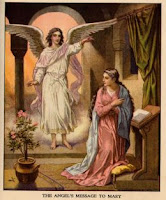 Here on this blog we do not avoid controversial issues. Why? Because vigorous and respectful debate is a lot of fun, and since as Christians we are interested in the truth, we are not afraid to engage the controversies.
Al Mohler, who is also unafraid to wade into controversy, writes an article today arguing that "All those who find salvation will be saved by the atoning work of Jesus the Christ — the virgin-born Savior. Anything less than this is just not Christianity, whatever it may call itself. A true Christian will not deny the Virgin Birth."
Mohler invokes New York Times columnist Nicholas Kristof, who in an older editorial, suggests that belief in the virgin birth demonstrates that conservative Christians are less intellectual. Of course, such an assertion is nonsense. Whether or not one believes that God (if one believes in God) can accomplish the miraculous has nothing to do with intellectual sophistication, but is instead based on one's worldview and philosophical assumptions. I have to confess that this is a hot button issue of mine. It is nothing short of arrogant to suggest that a "conservative" or "liberal" point of view is less intelligent because it is nothing other than saying, "Smart people will believe the way I do." The truth of a point of view, or its lack thereof, should be based on the substance of the position itself and not written off because it is "liberal" or "conservative."
So, in this post I have no interest in entertaining Kristof's sophistry, but I am interested in what you, my intelligent readers, think of Mohler's argument that a true Christian will not deny the virgin birth. Do you agree? If so, why? If not, why not?
As always, all points of view are welcome, expressed passionately and civilly, and with no name-calling.
Please read Mohler's entire article before responding.
OK... let's have a good discussion.

(Update: Henry Neufeld picks up on my post and writes the following: Allan also stomps on one annoying tendency, the way in which some liberals tend to pounce on conservatives as less intellectual because of their beliefs. If one accepts miracles, one is less sophisticated. But I think it is only fair to point out the opposite fault in Mohler's article, the tendency to regard liberals as less devout because of the things they don't believe in. This is a conservative's way of belittling an opponent, just as "intellectually unsophisticated" is the liberal's approach. I must, however, point out that neither side is above using the other's ammunition, and that both sides have those who avoid either fault. Good point, Henry.)
Posted by Allan R. Bevere at 7:53 AM

Our Sovereign God can do anything.

This is part of the historic confessions of the creeds and I would not want to remove it from the Christian narrative. I would also not want to condemn to hell someone who didn't believe its facticity. For my own part, I believe that God could have created a virgin birth (the miracle liberals won't allow) and I believe that God could have made certain that a man both truly divine and truly human was conceived by a human father (the miracle the conservatives won't allow).

My view: don't remove it from the creeds, don't scoff at it, but can't get too excited about it. I believe that God wants to save absolutely everyone and is not looking for little ideas on which to exclude people from a relationship with him (which is, after all, what "not being saved" constitutes in the end).

Mohler says: "This much we know: All those who find salvation will be saved by the atoning work of Jesus the Christ — the virgin-born Savior. Anything less than this is just not Christianity, whatever it may call itself. A true Christian will not deny the Virgin Birth."

I note that one is saved, according to Mohler, by "the atoning work of Jesus the Christ - the virgin born savior." I'm not a Mohler expert, but my assumption is that he would attribute salvation to Jesus alone. Jesus it he only savior.

My faith, defective as it might be in quantity or quality, is not what saves me. My faith is only the way by which I receive the gift of salvation Jesus offers. Thus while it is normal and normative for Christians to adhere to the doctrine of the virgin birth, it is not at all necessary for salvation in the way that Jesus is necessary for salvation. Plenty of people who are wrong - about this and about other things - will be saved by Jesus.

“I am interested in what you, my intelligent readers, think of Mohler's argument that a true Christian will not deny the virgin birth. Do you agree? If so, why? If not, why not?”
I think Mohler is correct, “a true Christian will not deny the virgin birth”, for to do so would risk his status among his fellow true Christians. It would also force him to either prove the falicy or impossibility of an event that: 1) Was only recorded after several levels of potential misinterpretation, exaggeration, and/or confusion with other stories and legends, 2) Was subjected to multiple errors in translation and copy errors after initial recording, and 3) Has proven to be detremental to ones relationship to the Church if not answered in the affirmative. I ain’t no fool.

Well, so much for trying to start a controversial conversation, Allan!

Maybe I will get an A for effort.

I wonder how our beliefs would be shaped if the virgin birth story were not there at all. Would we still believe in the deity of Christ simply on the basis of his words, his miracles, and the resurrection? It's hard to think that we wouldn't. Therefore, while the virgin birth narrative proclaims Christ the Son of God, to take that story away would not make Christ's deity untrue.

I was surprised by the limited response as well. My post on the topic (Allan links to it in the update at the end of the post) was the most read post on my blog for about a day, but didn't receive any comment. You usually get more comments than I do, and this was very light, not to mention gentle!

In my personal interaction with people on this topic, I find it is generally a bit more heated, though I've noticed the virgin birth always generates less anger than does the resurrection.