There's No Such Thing as Kingdom Work Outside the Church 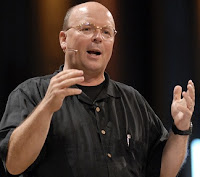 From an interview with Scot McKnight published in the Associated Baptist Press:
___
"In our country, the younger generation is becoming obsessed with social justice," including through government opportunities, politics and voting, said McKnight, author of The Jesus Creed: Loving God, Loving Others. "What it's doing is leading young Christians out of the church and into the public sector to do what they call ‘kingdom work."
"I want to raise a red flag here: There is no such thing as kingdom work outside the church — and I don't mean the building. The kingdom is about King Jesus and King Jesus' people and King Jesus' ethics for King Jesus' people.
"Social justice outside the church is not biblical justice or kingdom work. It is social work. Fine, that's a good thing. But let's not call this kingdom work."
Instead, he called on listeners to make the church "a beachhead of justice and peace and love" for those in need in the church. Then, "let that kind of church and kingdom and justice work spill over into the walls of your community."
Scot then goes on to write on his blog:
...I’m all for "social" justice. I’m fighting the trend I see today of equating "kingdom work" with public sector social justice work. As if "kingdom" is something done outside the church. As I read the Gospels, Jesus' uses 'kingdom" for himself/God as King, for his followers who enter into his kingdom vision, and for the ecclesial/social conditions created by those who follow Jesus and his kingdom vision. So, there is no such thing as "kingdom" outside those who follow Jesus. Yes, by all means, kingdom people extend kingdom into other areas but only so far as they are embodying Jesus' kingdom vision.
Those on the right side of the theological spectrum may think I’m an ally of theirs on this point; not so. I want the church to be a kingdom embodiment and I'm not criticizing social work at all; I’m pushing back against the left-wing mistaken notion that kingdom is what happens outside the church, that kingdom is something bigger (and therefore other) than church, etc.. My view is traditionally anabaptist on this one. The local church is called to be am embodiment of kingdom realities. But kingdom realities only applies those ecclesial actions.
___
Scot is spot on-- the church is where the political action is. When Christians hear the word "politics" they should not think "nation"; instead they should think "church."
Posted by Allan R. Bevere at 2:22 PM

Good final comment, Allan. Anyone whose been a part of God's church for any length of time, serving Him through membership in a local congregation, knows where the real politics are found.

I simply cannot divorce God from what Christians call "The World" so neatly.

Pam, it's not about divorce from the world. The question concerns the nature of God's kingdom that is intimately tied to Jesus and how that kingdom moves out into the world. Scot is reminding us that the church is central to God's kingdom work.

I was not aware McKnight was an anabaptist in his ecclesiology, but this is more a sign that I don't read him much.

Can you clarify that further, John?

The question concerns the nature of God's kingdom that is intimately tied to Jesus and how that kingdom moves out into the world.

Why is this not Kingdom work? This is the bit I don't get.

Would this worldview say something like "Feeding the poor for the sake of feeding the poor is not Kingdom work. It's only Kingdom work if its done by the 'mystical church' (or whatever term you want to use) for the explicit sake of building up Christianity."

Sorry not to respond sooner. It's been all I can do to blog something the past few days.

What is your understanding of kingdom that you make this claim and how does it square with the NT?

Again, my problem here is that you have divorced the kingdom from the king who brings it. And no, I am not speaking of mystical church. I'm talking about the church in the world who witnesses to the gospel by its faithful presence in the world.

Well said, Allan (in your comments in the good discussion here with Pam). Scot makes it clear that doing good works, whoever does it, is a good thing. But not necessarily a kingdom work, as connected to Jesus the King, and the outworking of that through the church.

Exactly right, Ted... the question remains is what is the nature and purpose of the kingdom and how the king is intrinsically related to his kingdom. That we have separated the two (on account of Christendom) has led to quite a foggy notion of what kingdom work is truly about.