On Living Heretically: Some Wisdom for the Church 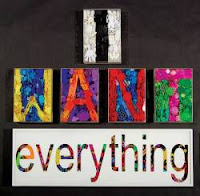 This article from the Harvard Business Review contains much wisdom for the church. I have suggested in my book, The Politics of Witness that materialism is all but killing the mission of the church. The church lacks resources for mission, not because things are tight, but because Christians spend money in much the same way as any old atheist. The lifestyles of most Christians are no different from non-Christians in the pursuit of more. The only difference is that in the church we are the hypocrites because we condemn materialism while wallowing in it up to our armpits, justifying our way of life by pointing our fingers at the person who has more than we do. The materialists are always those who make more money and have more expensive things than we do. Thus we can make our prophetic pronouncements directed at someone else and continue to live as if nothing has changed.
Here is a portion of Umair Haque's reflections. Thanks to Michael Kruse for linking to the article.
___
Work harder, feel emptier, buy more, grow poorer...work harder. Sound familiar? That's the conventional wisdom of the omnipresent church of more, bigger, faster, cheaper, nastier, now. The problem is that the conventional wisdom isn't just wrong. If we want real human prosperity, the ability to live a live that not merely glitters, but that matters — well, then it was never right.
That's the nightmare whirling noiselessly within the dilapidated American dream. And while the dream's being furiously exported around the globe — and while the world might be seduced, despite lingering suspicion, by it — you and I know, by now, better: the paradigm that was supposed to lead us to the promised land has instead led us to this land of broken promises.
Hence, my suggestion is this: If you want to live a meaningfully better life, you're going to have to make the dangerous choice to dissent. A life lived meaningfully isn't denominated by digital friends, designer logos, or wads of paper notes. It's denominated by what you've lived, what it's worth to you, and what that's worth to humanity. That's the heart of eudaimonia, a new economic paradigm based on fulfilling human potential — not creating and marketing useless stuff. It's so different from our current conception that I had to reach back to Ancient Greece for a name I thought captured its essence. I'm developing it further in an HBR Single — a short, digital essay I'm planning to release in December. But in the meantime, here's how I see the crucial elements of a eudaimonic life:
Impact. Pursuing the paycheck first and last is a great way to spend your life desperately unfulfilled. Insanely great work isn't motivated by glittering jackpots — but by an abiding desire to, as Steve Jobs put it, make a dent in the universe. So take a deep breath and aim squarely at the lofty apex of human accomplishment — while stepping firmly onto the grimy pavement.
People. Life is about people, not product. If you're spending 80% of your time on "product", you're not fully alive. Lasting relationships aren't built by "networking" but by caring. This means investing in people, not just grinning at them. Hence, if you want to "connect," you probably have to do what's more dangerous than merely swapping email addresses or biz cards — you have to relate.
Purpose. What is the fundamental reason you are here? To conquer the next pair of designer trophy jeans? Hardly. Brands are for cattle, strategy is for games, and consumers are for "output." Human life is about lasting outcomes, not just short-term payoffs; hence, I'd say the stuff of razor-sharp purpose begins there. Which human outcomes are you here to transform?
Courage. Compromising too readily with the past never creates the future. It only recreates the past. You can't find fertile new ground by dully plodding along after the herd — you've got to veer off in a different direction. So dream bigger. Be hopelessly naïve. And persevere unflinchingly.
Self-respect. If your society's going haywire, it's up to you to begin fixing it. If your work is sucking at your soul, and you see it doing relentless damage to people and society, quit and do something else. No, it's not easy — but odds are, the axe is going to fall over the next decade anyways. Value your inner life as much as you value your outer stuff. Stop buying into marketing's spin-cycle of self-loathing — "Feeling anxious? Buy this, now!!" — and start investing your time, energy, and imagination in action instead of stuff.
The first challenge is seeing through the empty promise of opulence. But the second, tougher challenge is refuting it. To do that, we're going to have start living heretically. We're going to have not just disbelieve the conventional wisdom — we're going to have to defy it.
___
We in the church need to spend less time dissenting with our words and more time practicing dissent through our modest and more simple way of life.
Posted by Allan R. Bevere at 9:21 AM

Excellent post Allan Thank you. Also, timely in that a post today from another person I follow (Shane Claiborne) is on the same topic - see below:

The rich industrialist from the North was horrified to find the Southern fisherman lying lazily beside his boat, smoking a pipe.
"Why aren't you out fishing?" said the industrialist.
"Because I have caught enough fish for the day," said the fisherman.
"Why don't you catch some more?"
"What would I do with it?"
"You could earn more money" was the reply. "With that you could have a motor fixed to your boat and go into deeper waters and catch more fish.
"Then you would make enough to buy nylon nets. These would bring you more fish and more money. Soon you would have enough money to own two boats . . . maybe even a fleet of boats. The you would be a rich man like me."
"What would I do then?"
"The you could really enjoy life."
"What do you think I am doing right now?"
By: Shane Claiborne