The Dangerous Game of Cherry-Picking Scripture 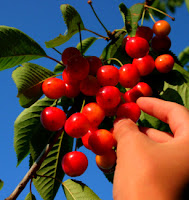 What do you think?
___
by Leonard Pitts Jr., The Miami Herald
OK, put your books away. We’re having a pop quiz.
Below are four quotes. Each is from one of two sources: the Bible or the Koran, although, just to make things interesting, there’s also a chance all four are from one book. Two were edited for length and one of those was also edited to remove a religion-specific reference. Your job: identify the holy book of origin. Ready? Go:
1) “. . . Wherever you encounter [non-believers], kill them, seize them, besiege them, wait for them at every lookout post . . .”
2) “Do not suppose that I have come to bring peace to the earth. I did not come to bring peace, but a sword.”
3) “If your very own brother, or your son or daughter, or the wife you love, or your closest friend secretly entices you, saying, ‘Let us go and worship other gods’ . . . do not yield to him or listen to him. Show him no pity. Do not spare him or shield him. You must certainly put him to death.”
4) “Now kill all the boys. And kill every woman who has slept with a man, but save for yourselves every girl who has never slept with a man.”
All right, pens down. How did you do?
If you identified the first quote as being from the Koran (9:5) and the other three as originating in the Bible (Matthew 10:34, Deuteronomy 13:6-9, Numbers 31:17-18), I congratulate you on that degree in theology. If I have guessed correctly, most people will not have found it easy to place the quotes in their proper books. If I have guessed correctly, most people will have found a certain thematic similarity in them.
Yes, there is a point here: I wish people would stop cherry-picking warlike quotes from the Koran to “prove” the evil of Islam. You see this stuff all over the web. Just a few days ago, some anonymous person, angry with me for defending “Fascist/Nazi Islam” the writer says is trying to kill us all, sent me an e-mail quoting Koranic exhortations to violence to prove that Islam is a “religion of hate and murder.”
As rhetorical devices go, it is a cheap parlor trick, a con job to fool the foolish and gull the gullible and for anyone who has spent quality time with the Bible, its shortcomings should be obvious.
If not, see the pop quiz again. The Koran is hardly unique in its admonitions to take up the sword.
It is not my intention here to parse any of those troubling quotes. Let us leave it to religious scholars to contextualize them, to explain how they square with the contention that Islam and Christianity are religions of peace. For our purposes, it is sufficient to note that, while both Christian and Muslim scholars will offer that context and explanation, only Christians can be assured of being taken at their word when they do.
Christians get the benefit of the doubt. Muslims get Glenn Beck asking a Muslim Congressman to “prove to me that you are not working with our enemies.”
Because Christianity is regarded as a known — and a norm. Muslims, meantime, have been drafted since Sept. 11, 2001, to fulfill the nation’s obsessive, historic, paranoiac and ongoing need to rally against an enemy within. We lost the Commies, but along came the Islamo-fascists. The names change. The endless capacity for irrational panic remains the same.
As in people who send out e-mails insisting upon the rightness of holding over a billion people — that bears repeating: over a billion people — responsible for the actions of, what . . .? A few hundred? A few thousand?
Some of us use lies, exaggerations and rhetorical gobbledygook to instill in the rest of us that irrational panic they breathe like air. Yes, it is only sensible to fear the threat we face from terrorism. But panicked, irrational people are capable of anything.
Might be wise if we chose to fear that, too.
Posted by Allan R. Bevere at 1:57 PM

When taken literally, all these texts can cause problems. This is why I feel very uncomfortable when people say, "The Bible says..." and then proceed to quote or misquote Scripture; as if there was only one author or that even God was the author. One major difference between Islam and Christianity is that the Koran is to be more of a dictation of Allah's own words (from what I understand) and the Bible is an inspired author's depiction of God's interactions with humankind (though that may to be too broad). One is open to constructive criticism and the other leaves less room for that...although that seems to be changing in more secularized Islamic societies. Any literalist who says they don't cherry pick the Bible to some extent is lying. I'm thankful for the freedom to exegete Scripture to extract the incarnation Word.

The point of the article is well taken and well timed. We need clear, careful, exegetes who are interpreting for the sake of understanding and not to use the Bible or Koran for political, economic, or bullying reasons. The context of our times suggest that some concern with Islamic Terrorism is warrented. It is also interesting that American Muslims prefer to not deny extremism, but claim discrimination against them. Perhaps there is some discrimination. But they do not serve themselves well with complaints and foolish actions on airplanes to make points. A little common sense indicates that everyone could breathe a little easier and think things through.

The problem is that some of our enemies are appealing to these war-like verses. That's what gets our attention. The fact that nominal Christians don't know the Bible contains this language tells us that Christians and Muslims are at different places in their religious evolution.

Also, let us not forget that many of the tribal cultures in which Islam predominates retain their honor-based (read violent) roots and will seize on the Koran verses that seem to apply to their way of life.

What needs to happen in this discussion is that issues have to be separated out from each other instead of confused. Yes, it is true that there are Muslims (I will call them extremists. The word "fundamentalist" is overused.) who use the Qu'ran to support their violent and imperial understanding of jihad, but that is different from saying that all Muslims do so; and in fact their are Muslims who struggle to work through the violent texts of the Qu'ran in the same way Christians struggle with the violent text of the Bible. And let us not forget that there are Christians who have used these biblical texts to justify violence in particular contexts. Would it be fair to conclude that the majority of Christians are violent and that Christianity is a violent religion?

So while there are some Muslims who would like to convert or kill Christians, the majority clearly do not seem to be of that mind.

When it comes to these matters nuance and sophistication of argument is badly needed.

Any literalist who says they don't cherry pick the Bible to some extent is lying.

Well, it they are not lying, they are certainly deceiving themselves. And, by the way, plenty of non-literalists cherry-pick through the Scripture as well.