Was Ephesians a Circular Letter? 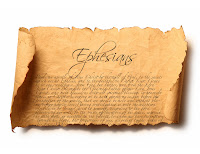 My friend, Dave Black, who teaches New Testament and Greek at Southeastern Baptist Theological Seminary, questions the apparent scholarly consensus that the Pauline letter to the Ephesians was not originally addressed to the Ephesians at all, but was a circular letter with no one specific destination. He writes,

...the absence of "in Ephesus" in 1:1 in some early Greek witnesses, as well as the absence of personal greetings at the conclusion of the letter... are clear enough, but they can be variously interpreted. I hope we do not overlook the fact that Romans has more personal greetings than any other of Paul's writings yet Rome was a church Paul had never visited personally. The principle seems to be the following: The better Paul knew a church the fewer personal greetings he included, and the less Paul knew a church the more personal greetings he attached in the conclusion. As for why a scribe might want to omit the words "in Ephesus" if they were original, the answer is found in the "Problem of Particularity," as noted many years ago by several different scholars. By mechanically excising the place designation one transforms Paul's "particular" letter into an encyclical epistle intended to be read by all Christians everywhere. It is fascinating to note that the three most widely read Pauline epistles in the ancient church (Romans, 1 Corinthians, and Ephesians) all have had their place designations tampered with by copyists.

I would add just one more thing here. Looming unmistakably in the background of the problem is what I consider to be an over-allegiance to the so-called Critical Text (viz., the UBSGNT/NA editions) and what my friend Keith Elliott has referred to as "the hypnotic effect of Aleph and B." If you ask me, this is the nub of the matter and hardly extraneous to the discussion. Of course some hardly recognize that reasoned eclecticism allows for these venerated manuscripts to be wrong in places (see, e.g., the variant in John 10:18).

In an essay I wrote recently for a Festschrift, I made an argument that connected Colossians to Ephesians as Pauline precisely because of Ephesians' circular character. If Dave is right, I wonder what that does for my argument?

I am not completely convinced by Dave's position, but I find his argument to be worth serious consideration. I have written this post because I think there is an important point to be made here. Scholarly consensus does not always mean scholarly correctness, and arguments that many consider settled should be revisited, if for no other purpose than to challenge the kind of group think that can take hold in any organization or guild, including the guild of biblical scholarship. Too often scholarly consensus gets treated as scholarly dogma from which only the heretical deviate. This does not mean that the consensus will always be overturned, but why should anyone continue to hold to a view of the majority when it turns out that the minority have it right?

Dave's article on this subject, "The Peculiarities of Ephesians and the Ephesian Address," which was published some time ago, is worth a read.

Good scholarship is always willing to go where the truth leads.
Posted by Allan R. Bevere at 8:43 AM

Thanks for writing about the complexities of sound translation and exegesis. It is of great comfort to see keen minds pursuing the best understanding possible.

My expertise isn't that of a biblical scholar, but having recently written for Energion Publications a Bible study guide on Ephesians, I would say that it's more than a textual issue (I'm not convinced that it's Pauline either), but it is very general in nature and you get the sense that the author and the recipients don't necessarily know each other. If Acts is of any help, Paul was one of the founders of that congregation, but you get no sense of that connection in the letter.

Bob, let me clarify my view: I do think Ephesians is Pauline, but I am not convinced that the letter was originally addressed specifically to the Christians in Ephesus.

And as far as Paul being the founder of the church, I think that is one of Dave's points: that is seems that the more Paul knows a congregation, the less personal the letter seems to be.

In any case, it's an interesting discussion and I'm glad Dave is pushing us to take another look at the issue.

Bob, I haven't looked at your Bible Study Guide on Ephesians yet, but I plan to.

Just wanted to shout an 'Amen!' to your last sentence.

I sensed in your piece that you embraced Pauline authorship -- I think it can go either way.

But, as for the idea that the better Paul knows the congregation the less personal it gets, I don't get that. His Galatian and Corinthian letters are extremely personal, as is the Thessalonian letter.

Ephesians, it seems to me, is extremely general -- written from a Jewish Christian to Gentile Christians, but without any personal connectors.

I'm with Bob here. I don't think Paul wrote Ephesians. It may be "Pauline" in the same way that the Pastorals are, but I am not convinced it was written by Paul. The general nature of the letter and what appears to be a more developed sense of the church as universal and built on the apostles and prophets (among other things) suggests to me a later author.

Thanks for your insights. Over the years, I have become rather skeptical of the "more developed sense" perspective since we basically are proceeding on very little written material and material that is quite ad hoc.

Having said that, I also feel very inadequate, in the final analysis, that I have the expertise to even venture in such areas, even though I do.

But I am glad to have you, Bob, Dave and others to work through this.

Please everyone: read Dahl's essay if you possibly can. It's cited in my essay.