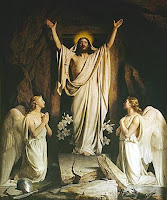 Conclusions
What does the problematic notion of rights and how it has been construed in modernity mean for Christian ethics? Allow me to make some summary and concluding statements.
First, the notion of unalienable rights comes to the forefront of moral and philosophical thinking precisely as an attempt to avoid the arbitrariness of the modern attempt to develop a "universal" morality free from particular historical constraints. That unalienable rights are themselves arbitrary is seen in the fact that there are no criteria for deciding what is and is not a right. To say, "I have a right!" is tantamount to exclaiming, "I want this!"
Second, modern universal morality was no less bias and particular than the theological doctrines that were rejected as having moral significance. The modernist reading of history was not only slanted, it was disingenuous.
Third, modernist moral accounts are vague and unhelpful. In the attempt to deduce universal by rejecting particulars, moral reflection was stripped of any profound significance and public discussion became nothing more than pitting one's so-called rights against another.
Fourth, In attempting to relegate doctrine to the sphere of the private, theology was made unnecessary for ethical reflection. Indeed, it was seen as a hindrance. Thus, Christians were basically told that they could participate around the table of ethical discussion in a pluralistic society only if they left their particular theological convictions outside the room. What Christians must insist on instead, is that they participate in the discussion as Christians, and expect as well that Muslims will participate as Muslims and atheists participate as atheists, etc. It is only in bringing the particulars together around society's table of discussion that true pluralism can exist and flourish. Insofar as Christians assume rights language as the context of moral reflection and take up such language, they will effectively take themselves out of public moral discourse as Christians. Rights language is not Christian language.
Fifth, Only when theological convictions are also construed as moral convictions can theology and ethics be adequately explicated. Rights arguments are contentions that operate on the false assumption that there is such a thing as a general universal (i.e. timeless and ahistorical) ethic. Christian ethics is not based on rights, but a particular people's history, and the God who has called them into existence through the life, death, and resurrection of Jesus Christ. This is, of course, a universal claim. There is nothing more universal than the belief in the Lordship of Jesus Christ, but it is a Lordship rooted in particular convictions about a particular individual and his people. There is no stripping the context out of this claim and watering it down into some "universal" and "timeless" principle or right free from historical constraint. It is a relevant theological conviction and a germane moral conviction as well.
Ethics is a mode of theology. Doctrine has moral implications. For Christians, there is no getting around this. It is what it is.
Posted by Allan R. Bevere at 10:00 AM

My first thoughts are...

Certainly, we dwell within contexts and those contexts define reality (to some extent) for us. But, the question is, in a free society, as you point out, those contexts represent many types of faith commitments.

A public office in a free society, is open for anyone (ideally) to apply for...and this means our jobs...this is what discrimination policy is about, and what the question between a "secular State" and a "religious freedom" is about...those who believe in an absolutist opininion when it comes to religion, and want to implement those convictions upon others, are nothing less than totaltalatarian. In the political realm, we see this in many forms of government, where the totaltalarian position is played out either through the economic in Marxist communism, or theological in the Taliban!

In a free society, the plurality of voices MUST be maintained, as those who govern must understand that our social realities are constructed....and as individuals, we experience "life" within our own "realities of mind". Sorry, but there is no "truth out there" when it comes to social reality other....our experiences are interpreted throught what our "expectations" are, our visions of what is "true", the ideals we hold as important, etc...in a free society, where the individual can choose to associate with what he finds best "connects" with his "truth", is what develops a more "whole individual". Otherwise, individuals are only playing out roles that others define for them in totaltalirian regimes...choice is the important factor.

Using Jesus' moral example, he never tried to change the political realm (Rome), but he did try to change the religious one, but they did not listen to him, as he was not doing what they thought was "right".

People use, Judges as a universal, where judges rule, and bring justice, as "everyone was doing right in their own eyes"....we all do right in our own eyes and hopefully, we learn and grow and choose to do differently as we learn that our "realities" are not "true" in the absolute sense, we had thought..!!!

Individuality is an important freedom to maintain, as otherwise, we do not allow growth and development for the individual, whether this is in parenting, or governments...

Laws should be made that maintain thsoe boundaries around individual freedoms, as these are civil liberties, that defend our "realities"...jobs, and lives...

I believe Schielamacher wrote "Cultural Despisers", before he wrote on ethics....:)

"In a free society a plurality of voices must be maintained." I think that was my point. What I am suggesting is that modernism wants to mute those voices by denying the significance of those particular voices. I want to be at the discussion table, but as a Christian; and I want others to bring their convictions to the table as well. That is true pluralism.

"Sorry, but there is no truth out there." I agree, but modernism affirms such a false idea. Instead, the different voices that create our plurality must be brought together to discover the goods we have in common and also what is indeed true. To say Jesus is Lord is not to say that there is truth "out there" devoid of context, it is to say that it is truth that is understood only in a particular context, but it is indeed a universal claim and, therefore, true for the world. This also means that the context dependent universal claims of other faith contexts need to be brought into the mix as well. This makes discussion and debate not only necessary, but much more interesting. What I resist is both extremes of modernism and a hyper postmodernism.

"We all do what is right in our own eyes." This is, of course, a perennial temptation for all of us, but the point is that there is a divine way of doing things, and human beings neglect it at their peril. Discovering that divine way is not easy; it is a difficult thing, to be sure, and humility is always in order, but we should not fail to seek that way because it is hard or because others in their so-called "humility" will declare us "arrogant" should we think it is indeed possible to discover the will of God. That amounts to nothing more than moral-know-nothingism-- meaning, if you don't judge my bad behavior, I won't judge yours. That's just a recipe for mutual corruption.

I will agree to disagree with you on your last comment....

As to what we choose to believe about morality, as it pertains to law...there must be the exchange of ideas and reasons why one way of thinking is better than another, this is what democracy is about...and I didn't mean to give the impression that is was a free for all, as far as behavior is concerned, because civilized societies don't believe in murder, but have refined that definition depending on situations and circumstances...this was Wesley's "sin of ignorance"...

There is no "divine way" of doing something, as in defining what or how "divine is defined"...I believe that the "open forum" or "public freedom to information" is necessary and proper when it comes to public business...this is "the divine way" as (if you want to speak in spiritual terms) Satan works in darkness and doesn't like the light...when secrecy, and plans are made without input from those who will be affected there is or should be a public outcry...as accountability is necessary for there to be "justice"...

So, humility is a good characteristic in governing, but cannot be done without the balance of power where all voices are heard, and judgment is not made until all the facts are in...that is good governing...no taxation without representation!!! Jesus passively resisted the traditions of purity standards (at least what was reported) and in doing so, caused an uproar in the religious community because he defied (rebelled against their tradition) and Rome was brought in to rectify the situation...religion that holds to these traditions such as Islam has no business bringing into civil law their traditions...because they are not universal...this is what the problem is with Sharia and the U.N.'s giving speacial allowance to them...so much so, that CFI was fighting it...and that is reasonable...

As far as modernity's fight with tradition, yes, they will disagree, as tradition is not based on reason, but faith, and there is where I digress...reason cannot be absolutized as we still don't know everyting about everything, but we do know something, and this is critical realims...faith deals in idealism...and that doesn't "work"...!in the real world...

"Jesus passively resisted the traditions of purity standards." Actually there was nothing passive about his resistance. If Jesus was not political, what do we do with his teaching on the centrality of the Kingdom of God? Notice the word "Kingdom."

"Faith deals in idealism, and that doesn't work in the real world." You obviously have not read the Book of James.

I looked for a personal e-mail address, but just as well to post this publically.

I echo the same sentiments toward you.